Marrakech - A number of Moroccan filmmakers decided to send a letter to the head of the Moroccan Cinematographic Center in which they express their indignation about the poor quality of film production in Morocco. 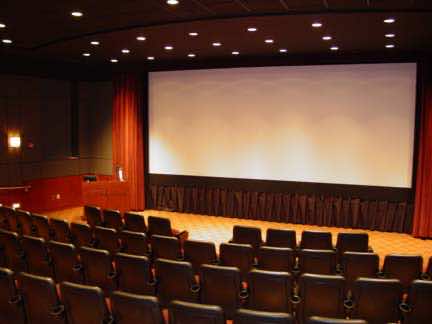 Marrakech – A number of Moroccan filmmakers decided to send a letter to the head of the Moroccan Cinematographic Center in which they express their indignation about the poor quality of film production in Morocco.

To the Director of the Moroccan Cinematographic Center:

We, the signatories of this petition, young filmmakers and passionate about movies, would like to express our indignation about the quality of film production in our dear country.

You are aware of the role that Cinema plays in the image a society has of itself, its identity, history and culture but also the image that other nations have of it.

When we see what the current Moroccan cinema present to us, we have the bitter feeling that our ” filmmakers ” are insulting our intelligence by presenting us with superficial works both in substance and form. Works that betray the artistic incompetence of some people whose only motivation seems to be monetary.

Rare are the times when we come out of a Moroccan film screening feeling that we have seen a state of the art film. The empty chairs at the movie theater are the greatest proof of this drama. This leads us to ask the following question: is it really worth producing 30 feature films a year?

Sir, you now have an opportunity, more than ever, to reconcile Moroccan citizens with their cinema by opening the debate, and questioning the current status quo that only benefits a minority whose artistic effectiveness have failed to prove itself over the past years. We need new blood!

Who has the right to direct a film? Who benefits from the professional filmmaker card?

Young filmmakers are required to make three short films that should be produced by a CCM authorized production company, and after obtaining a degree in film. This is understandable since the goal seems to be to ensure the quality of films made, but in practice the reality seems to be quite different.

In fact, by going to an authorized producer, the young filmmaker finds himself/herself rejected for not possessing a professional card. As you know, a producer only works with filmmakers when his/her production company has access to the CCM funds allocated for short films. For this to happen, one (the filmmaker) has to have at least a first assistant professional card. This seems to be the very definition of a vicious circle!

Sir, in the practice of Moroccan cinema, every young director has to go through a battle whose only real purpose seems to be to keep it a “closed club” to new people except for those who agree to submit to the game by putting any artistic ambitions and dignity aside. What about cinema in all this?

We ask you Sir, through this petition, to reconsider the requirements to obtain a professional card by opening the door to young and passionate talents, armed with love for their country. Let’s stop this pointless hazing that only benefits greedy producers who continue to enrich themselves without giving any real contribution to Moroccan cinema. Let’s open the door to new talents, and may the wind of a new era raise the flag of Moroccan cinema!