Rabat - In what is described as a "horrible Islamophobic attack," a man of Moroccan origin was killed in southern France after being stabbed 17 times in front of his wife at his house by a neighbor. 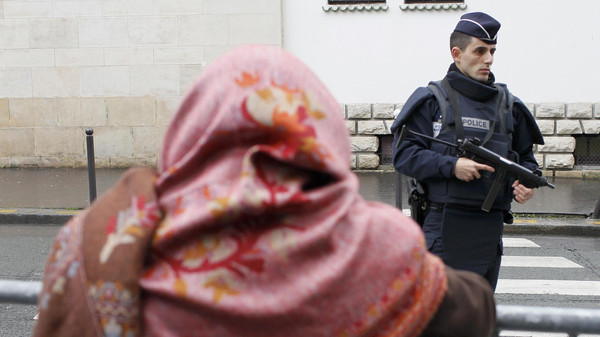 Rabat – In what is described as a “horrible Islamophobic attack,” a man of Moroccan origin was killed in southern France after being stabbed 17 times in front of his wife at his house by a neighbor.

The Moroccan man, who has been identified as 47-year-old Mohamed El Makouli, was stabbed by a 28-year-old attacker on Wednesday, while shouting “I am your god, I am your Islam,” according to the National Observatory Against Islamophobia.

His wife suffered wounds to her hands after she tried to save her husband. She reportedly fled the scene with their child to inform the police.

The attacker was charged on Thursday with murder, attempted murder and possession of drugs. He was admitted to a psychiatric hospital after he has been diagnosed with schizophrenia.

Abdellah Zekri, the President of the National Observatory Against Islamophobia, described the attack as “a horrible Islamophobic attack,” saying the victim’s wife heard the attacker shouting the words regarding Islam.

This comes after the Collective Against Islamophobia in France (CCIF) reported more than 50 anti-Muslim incidents across France in less than a week since the terrorist attack on satirical weekly magazine Charlie Hebdo.

“Muslims are scared. I’m scared for my mother, my sister. I live in a working class neighborhood and I would have never imagined that such things could happen,” said CCIF’s President, Abdallah Zekri.

“We don’t feel like any measures are being taken to secure Muslim places of worship or to try finding the people responsible for these acts,” he added.