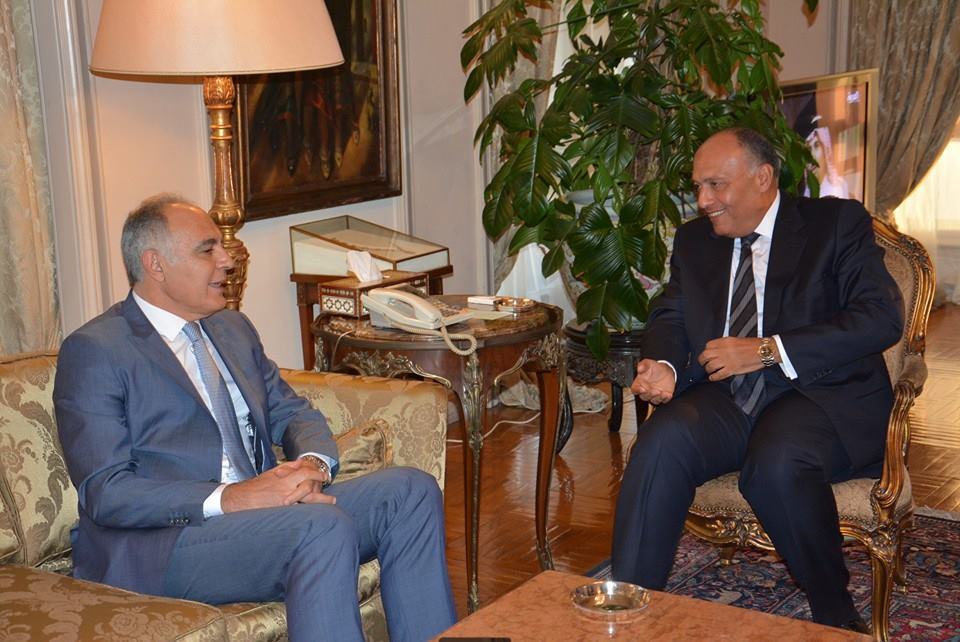 The meeting was an opportunity to discuss several issues of common interest and “eandevour to achieve the aspirations of the two countries’ leaders, HM King Mohammed VI and President Abdelfattah Sissi, for a strong and ambitious partnership”, Mezouar said.

“None can divide us,” the minister underlined, adding that any attempt would be fruitless thanks to the strong relations that have always existed between Rabat and Cairo.

Morocco and Egypt share heavy responsibilities towards the Arab world and Africa, he said, adding that the two countries, aware of this responsibility, aspire to implement a joint, effective and efficient action in this regard.

Morocco and Egypt “have a common vision based on beliefs and responsibilities to defend the great causes and overcome all obstacles that would undermine their common destiny,” he said.

For his part, the Egyptian Foreign minister said that Morocco and Egypt are bound by close and old-centuries relations.

Recalling that Rabat and Cairo maintain ongoing consultations within the Arab League, Shoukri said that the positions of the two countries “have always been marked with the seal of concordance”.

“Our visions on regional and international issues have also been marked by mutual support,” the Egyptian diplomacy chief said, expressing his wish to see both countries benefit from their high level coordination to strengthen the stability in the Arab region and Africa.