Rabat - Casablanca is planning to build a massive aquarium to lure the city's visitors with dolphins, sea lions, penguins, sharks and other saltwater attractions. 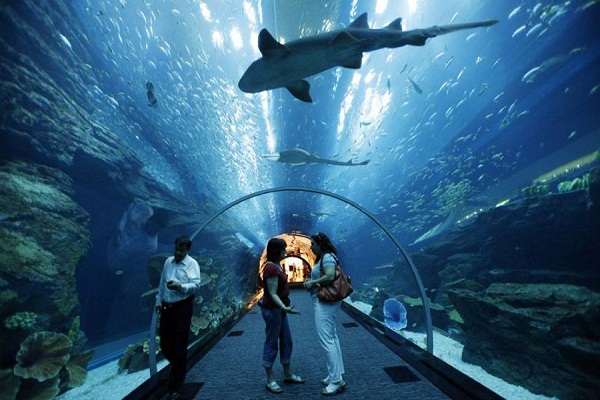 Rabat – Casablanca is planning to build a massive aquarium to lure the city’s visitors with dolphins, sea lions, penguins, sharks and other saltwater attractions.

The 15,000 m2 aquarium would be built at the Casablanca Marina and it would cost an estimated MAD 300 million (30 million Euros).

The kickoff of the project was given Tuesday by the Wali of Casablanca Khalid Safir, the city’s mayor and Spanish officials from Valencia.

According to news website le360, the Casablanca aquarium was inspired by the Oceanographic Park of the City of Arts and Sciences in Valencia where no less than 500 species are represented.

The Oceanographic Park in Valencia has more than 45,000 examples of 500 different marine species, amongst which can be found sharks, Beluga whales, walruses, sea lions, penguins and manta rays.

These species inhabit nine underwater towers that represent the most emblematic ecosystems of the planet.

The Aquarium at the City of the Arts and Sciences is made up of different buildings, each one identified with one of the Earth’s seas and oceans, and housing the exhibitions of the most typical environments and ecosystems.