Rabat - The validation system of European patents in Morocco comes into force on March 1st, 2015. 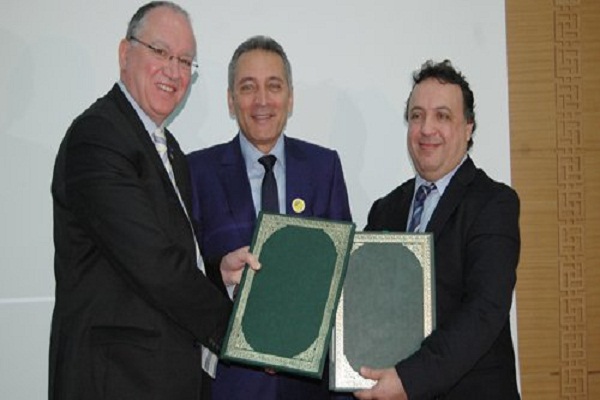 Rabat – The validation system of European patents in Morocco comes into force on March 1st, 2015.

The president of the European Patent Office (EPO), Benoît Battistelli, and the Moroccan Minister of Industry, Trade, Investment and the Digital Economy Moulay Hafid Elalamy announced that an agreement allowing European patents to be validated in Morocco will enter into force on March 1, 2015.

“This is a historic step for the European patent system, and it brings to 41 the number of countries for which patent protection can be obtained simultaneously with a single European patent application,” said EPO President Battistelli.

This meeting followed the entry into force of the law 23-13 amending 17-97 law on the Protection of Industrial Property, which was published in the official Bulletin dated 18 December 2014.

EPO President noted that the legal certainty of patents granted by the EPO and validated in Morocco will strengthen the economic benefits of the Moroccan patent system and increase the country’s attractiveness for foreign investment.

The Director-General of the Moroccan Industrial and Commercial Property Office (OMPIC), Adil Elmaliki, said Morocco’s new intellectual property law was a turning point for the country’s patent system, which will enable the granting of IP rights of the highest international standard.