Rabat - The Algerian media is lashing out at Egypt after Egyptian officials reaffirmed their country’s attachment to Morocco's territorial integrity. 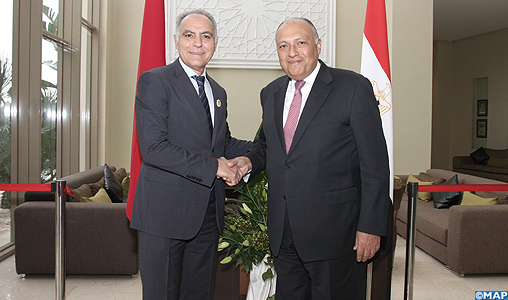 Rabat – The Algerian media is lashing out at Egypt after Egyptian officials reaffirmed their country’s attachment to Morocco’s territorial integrity.

According to daily newspaper Al Massae in its January 21st issue, pro-regime media in Algeria described as “treason” Egypt’s reaffirmation of its support for the autonomy initiative submitted by the kingdom to put an end to the Western Sahara conflict.

During his visit to Morocco last week, the Egyptian Foreign Minister, Sameh Shokri, reaffirmed Egypt’s attachment to Morocco’s territorial unity and to a UN-brokered solution for this issue.

Egypt’s chief diplomat also expressed his country’s support for UNSC resolutions on the Moroccan autonomy project and the serious and credible effort by Morocco to move ahead towards the settlement of this conflict.

Al Massae newspaper reported that the Algerian media have accused the Egyptian foreign minister of ignoring the Algerian-Egyptian relations, adding that the Egyptian diplomacy had played on the heartstrings of Algerian-Moroccan relations by taking the side of Morocco in the ‘Western Sahara’ conflict.

The tension between Morocco and Egypt apparently came to an end following the visit of the Egyptian foreign minister to Morocco in which he reaffirmed support for Morocco’s territorial integrity.