Istanbul - With its 248 million Muslims, Africa has the third highest Muslim population after the Asian-Pacific region and the Middle East. It is home to strategic and valuable underground resources such as oil, natural gas, gold and diamonds. The continent possesses the world’s most productive agricultural lands. In terms of its means, the people of the continent should be wealthy and prosperous. 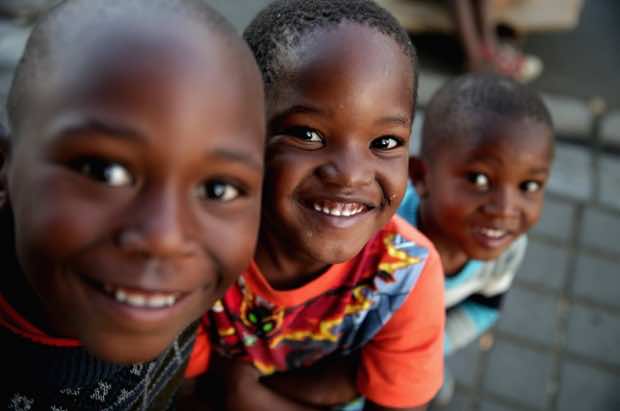 Istanbul – With its 248 million Muslims, Africa has the third highest Muslim population after the Asian-Pacific region and the Middle East. It is home to strategic and valuable underground resources such as oil, natural gas, gold and diamonds. The continent possesses the world’s most productive agricultural lands. In terms of its means, the people of the continent should be wealthy and prosperous.

Yet that is not the case. People in Africa are dying, from hunger, from epidemic diseases, from ignorance and terror.

The number of people who have died from the West African Ebola outbreak is around 8,000. Malaria, despite being one of the most easily preventable diseases, takes some 800,000 lives a year.

According to World Health Organization reports, the great majority of those who die from malaria are innocent children in Africa. Reports state that 2,000 children die from the disease every day; that means 83 children’s lives are lost every hour.

The underground wealth of Africa is being wasted on financing war and terror instead of growth.

With a few exceptions, there are almost no peaceful countries in Africa today.

Although Nigeria has enjoyed significant economic growth, 4,000 people have lost their lives because of Boko Haram terror. Hundreds of thousands of people have had to migrate. Most recently, Boko Haram burned 20 of the country’s war planes.

Cameroon is another country where Boko Haram is a problem. Some 1,500 people in Cameroon have lost their lives because of attacks by Boko Haram. In addition, many innocent Nigerian civilians and other people fleeing events in the neighboring countries are migrating to Cameroon.

Intra-governmental conflicts in South Sudan, the continent’s youngest country, have come almost to the point of civil war. Some 5,000 people have lost their lives in this country, which possesses significant oil fields, while two million face the threat of starvation and one million have become refugees.

The Central African Republic is wracked by ethnic conflicts. When the Seleka group, made up former army units, came to power, tensions in the country turned into ethnic and religious conflicts. The country may be divided in two at any moment. The organization known as Anti-Balaka has declared war on Muslims in the country, and two million people have been forced to flee to Chad, Democratic Congo and Cameroon. Two thousand Muslims have been ruthlessly slaughtered.

Kenya has been rocked by attacks by al-Shabaab, which is better known for its bloody acts in Somalia. The Kenyan government has introduced harsh laws aimed at Muslims in the wake of these attacks.

Somali brings to mind the attacks and slaughter perpetrated by al-Shabaab, of course. There is still no state authority in the country and intertribal fighting is as intense as ever. People are trying to flee to neighboring countries. Although the Turkish government is giving Somalia significant support, the country still has not attained complete stability. Many Somalis are trying to reach Yemen illegally because of that instability.

In the Democratic Republic of Congo, there are still tensions between Tutsis and Hutus. Fighting continues between rebels and government forces, in which some 400 civilians have lost their lives.

There is also endless conflict in the north and the Darfur region of Sudan. The death toll is up in the thousands.

New figures are constantly emerging from Libya. People are still trying to work out what Haftar is up to. The country’s ability to export oil has become all but paralyzed.

There is some ongoing instability in Egypt since the coup while the economy remains poor and many people are afraid.

Congo and Liberia are stalked by the grim specter of Ebola.

Africa is suffering, burning and weeping. Countries on the continent are facing civil war on the one hand and sporadic transnational conflicts on the other.

Africa can be rescued from this predicament by a tree-part plan.

First, human rights across the continent need to be developed. An African Convention of Human Rights modeled on the European one can be instituted for that purpose. An African Court of Human rights will of course be essential to monitor whether or not governments are complying with it. The course must be able to impose deterrent punishments in the event of non-compliance.

Second, a culture of co-existence must be developed in which different faith and ethnic groups in Africa can live together. It should be borne in mind that such a culture can flourish were democracy is present. Europeans and Americans must abandon their approach that can be summarized as ‘he may be a dictator, but he’s our dictator.’ A culture of commonality and tolerance can be established through well-organized education campaigns. A monitoring committee can be established to oversee what efforts countries are making to that end, and the committee can be given broad supranational powers.

The third involves the continent’s wealth truly being used for the benefit of those living on it. Companies from countries outside the continent – or their local agents – need to be stopped from exploiting local resources. Regeneration programs for countries can be developed with contributions from the UN and the African Union, and governments need to ensure these programs are implemented.

Support will of course be needed from the U.S., Europe and China if these programs are to be successful. The outlandish and twisted colonialist idea of Africa as the home of undeveloped semi-humans must finally be abandoned. So long as such perspectives persist, peace and prosperity for Africa will remain only a dream. Instead of looking for excuses to fight one another, Africans must look for reasons to live together.