Rabat - The French Foreign Ministry confirmed Wednesday the postponement of the visit of Morocco's chief diplomat Salaheddine Mezouar to France. 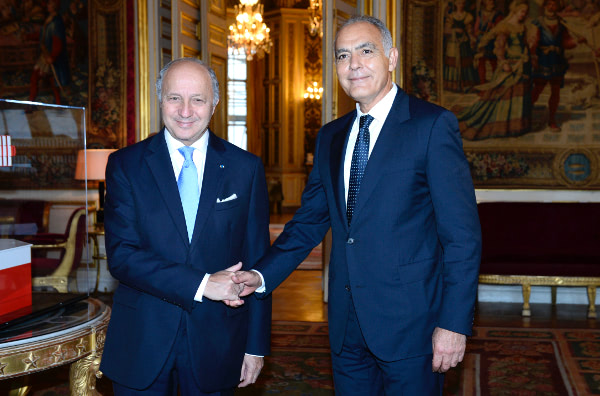 Rabat – The French Foreign Ministry confirmed Wednesday the postponement of the visit of Morocco’s chief diplomat Salaheddine Mezouar to France.

The Moroccan Foreign Minister was expected to visit France this week in what appeared to be an attempt by Moroccan and French officials to ease the year-long tension between Rabat and Paris.

“We are working to set with the Moroccan authorities a new date for the visit,” said Quai d’Orsay Spokesperson Romain Nadal, adding that Salaheddine Mezouar is “welcomed in France.”

Salaheddine Mezouar announced that he would travel to France to meet his French counterpart Laurent Fabius.

Meanwhile, Moroccan foreign ministry sources said on Monday that Morocco wants immunity from prosecution in France for its officials as a condition of resuming judicial and security cooperation agreements with Paris.

“Moroccan officials should have immunity on French soil. And we can always work out our differences through the diplomatic process,” a Moroccan source was quoted by Reuters as saying.

France wants intelligence from Morocco and other North African countries on terrorism suspects, an interest that has become more urgent after this month’s killings at the Charlie Hebdo magazine and a Jewish store in Paris.

Morocco suspended cooperation agreements when half a dozen agents of the French judicial police went to the residence of the Ambassador of Morocco driven by three complaints raised against Abdellatif Hammouchi, head of the Moroccan secret services (DGST), accusing him of torture.