Rabat - In 2007, Europe Anti Fraud Office (OLAF) conducted a report that found that humanitarian relief directed to refugees in the Tindouf camps has been purposely diverted for years. 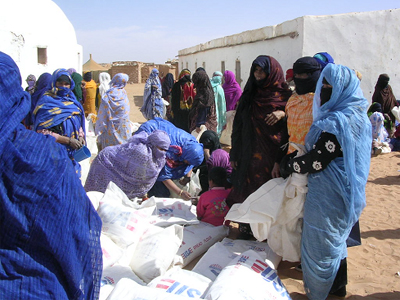 Rabat – In 2007, Europe Anti Fraud Office (OLAF) conducted a report that found that humanitarian relief directed to refugees in the Tindouf camps has been purposely diverted for years.

The report, based on the results of a survey conducted in 2003, has been “forgotten” for seven years. European Budget Commissioner Kristalina Georgieva explained on Thursday that request to release the report was rejected in 2010, and was only accepted in 2014, with an intervention from the European Ombudsman.

The European Commission has taken several steps to prevent fraudulent practices in humanitarian aid, but did not suspend funding to the camp, said the Commissioner. The European Union allocates ten million euros per year to help refugees in Tindouf.

The report also cites the names of the suspected perpetrators behind these diversions. “One of the reasons that made these diversions possible is the overestimation of the number of refugees, and therefore the aid provided,” said OLAF.

The EU has financially supported the Tindouf camps since 1975, based on a population estimated by the Algerian authorities to 155,000 people. However, “neither Algeria nor the Polisario Front agreed to a population census of the camp,” says OLAF.

The investigation also reported that the refugees have a good quality of food, such as Canadian wheat, but it “is being replaced by a lower quality equivalent and then being sold,” and that “poultry products funded by international aid are not given to refugees. They are sold instead.“

Kristalina Georgieva acknowledged that the Brussels executive had not found it necessary to suspend aid, and has continued to allocate 10 million euros annually for refugees in the Tindouf camps.