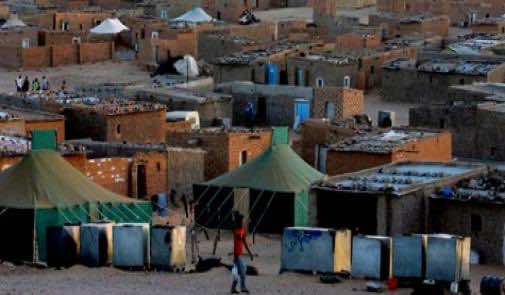 “We should be aware that the overestimation of population in the camps of Tindouf helped to set up this European food aid embezzlement and resale system,” said Pargneaux in response to the issuing of a report by the European Anti-Fraud Office (OLAF) which shows fraudulent practices by Algeria and the polisario to embezzle humanitarian aid for Sahrawis in the camps.

Pargneaux underlined that the said report throws light on the main problem in the Sahara issue: a census of population in captivity in the Tindouf camps, which Algeria and polisario reject categorically despite the UN repeated requests.

The embezzlement of European aid (10 million euros yearly) for the camps population by polisario dignitaries is simply outrageous, said Pargneaux, who is a member of the Budget control committee at the European Parliament and chairman of the EU-Morocco friendship group within the same body.

The OLAF report slams Algeria and the Polsario which have been embezzling humanitarian aid for decades to the detriment of the population held against their will in the camps of Tindouf.

The report notes that organized embezzlement starts in the Algerian port of Oran where a large part of humanitarian aid is diverted away from the intended beneficiaries in the camps.