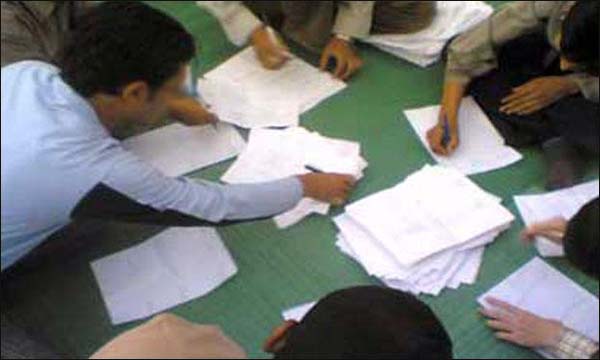 Rabat – Teachers cheat too, and that might cost them their teaching licenses.

Eighteen teachers were found giving private lessons, and were warned that they might lose their teaching licenses, be suspended, and be arrested.

On Monday, control committees declared several cases where teachers were found giving classes to either their students from class as “support sessions with benefits,” or to students in other private institutions.

Some of the teachers who were found guilty had fake certificates that justified their absence during their official work hours in order to attend the for-profit classes they planned with other students.

The sanctions ranged from suspension from work for four to six months, deposition, suspension of salary, and the withdrawal of the legal authorization that allows them to work in the private sector.

Laws regarding this matter are clear about the penalties that will be raised against those who do not respect the legal standards of the job.

The Moroccan Ministry of National Education and Vocational Training is making an effort to develop students’ learning without illegal support classes, by providing tutoring as part of the official policy supported by the Ministry and education institutions.

The ministerial circular stressed that it would impose disciplinary sanctions on anyone caught giving private lessons to his or her students.

The circular added that these measures come after the practices (giving paid private lessons to ones’ students), which are “prohibited legally, morally and educationally, received condemnation and denunciation from large segments of families, associations, educational actors and those concerned with education.”