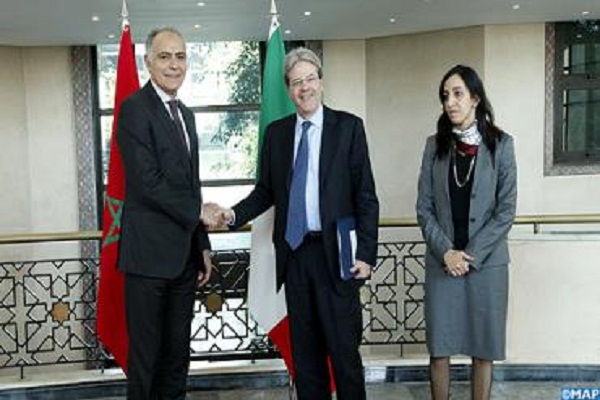 The minister called for further consolidating bilateral partnership, notably through the new framework of strategic partnership that the two countries have agreed to establish.

Morocco and Italy are bound by secular, cultural, economic and political ties, he said, noting that Morocco is an example of stability in a region plagued by insecurity.

For his part, Mezouar said that “these rich discussions have provided an opportunity to highlight the shared desire of both countries to strengthen and diversify their historic and unique relationship”.