Marrakech - In contrast to many other cultures and societies in the world, Amazigh women hold a high status in traditional Amazigh society in Morocco. 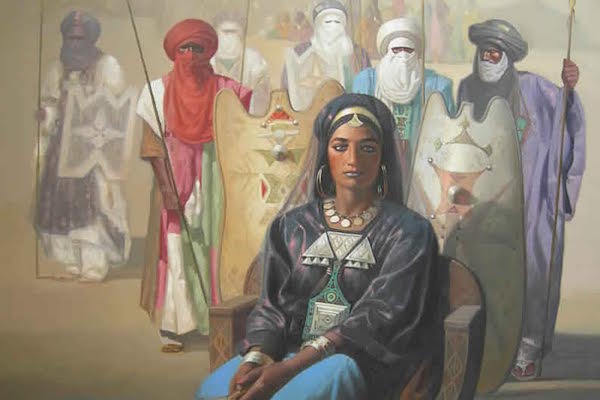 Marrakech – In contrast to many other cultures and societies in the world, Amazigh women hold a high status in traditional Amazigh society in Morocco.

Historically, women have been accorded varying levels of respect in different historical periods and different cultures and religions. In the pre-Islamic world, for example, women were considered second class human beings, symbols of shame and stigma, and female babies were often buried alive.

In the western world, women were considered to be witches, as portrayed by popular sayings such as “Women are closer to the devil than to holy water.” In some Asian societies, women have been considered a symbol of bad luck in some Asian societies. As one Korean saying goes, “If you don’t beat your woman for three days, she becomes a fox.”

In contrast to these societies and cultures, in Amazigh society women have been considered one of the most important members in the North African countries. Women have played outstanding leadership roles including military leaders, spiritual mothers, and even more significantly as one of the Amazigh gods. Women in the parts of North Africa originally inhabited by Amazigh people (Berbers) were called “Tamghart” which is equivalent to the word “president” in English. The brother and sister concepts literally belong to the mother and not to the father. For example, Amazigh people say Ot-Mma (for Sister) or Og-Mma (for Brother) meaning she belongs to my mom or he belongs to my mom respectively.

Throughout history, women were always responsible for the management of economic, social, cultural, or even religious matters and were a source of life and prosperity. Women were never accorded a low status in Amazigh society.

A woman’s status in Amazigh society can be noticeably seen in many roles that women have played. Three examples of Amazigh women are illustrative of the status of women in Amazigh history:  Tanit, Dihya, and Tin-Hinan.

In contrast to many societies in the world, women were venerated not just as ordinary human beings, but also as goddesses.  Amazigh people in Carthage, now Tunisia, around 400 BC worshipped a woman, named Tanit. She was considered the goddess of prosperity, fertility, love, and the moon.

(This video is of two Muslim clerics giving a lecture about Tanit in Arabic.)

Historians note that the Amazigh military practiced certain rituals in honor of her. They believe that the name of present day Tunisia and the Greek historic city Athens were named after her.

Tanit is evident in Amazigh culture and legends through antiques, statues, amulets, monuments, mosaics, as well as Amazigh ornaments. The famous symbol that refers to Tanit is a triangle (sometimes trapezoid) topped with a circle separating the two forms with a horizontal line. The triangle depicted the goddess as a very simple woman.

Tin-Hinan or Tamnugalt as she is called by the native Amazigh in Azawad and surrounding regions (Mali, Nigeria, Libya and Algeria) means in Tamazight “she of the tents” and “president”  She was considered the spiritual mother of the Touareg tribes. Thus, the name Tin-Hinan is interpreted as “mother of the tribe” or “queen of the camp.”

Tin-hinan played a great role in protecting her tribes as she was always considered the symbol of social, political, and spiritual stability of Touareg tribes.

(A documentary about Tin-Hinan and her role in the Touaregs’ tribes.)

Additionally, according to some historians Tin-Hinan was believed to have come from the Tafilalt oasis in the Atlas Mountains in an area of modern Morocco accompanied by a maidservant named Takamat. The pair were searching for an adequate place to settle down where there was water and safety.

The body of the queen Tin-Hinan is currently in the Bardo Museum in Algiers.

Besides the goddess Tanit and the spiritual mother Tin-hinan, Amazigh people were led by female military leaders in the 7th century in Numidia which is present day Morocco, Algeria, Tunisia, and Libya.

The military leader who marked the history of the Amazigh in North Africa was Dihiya, or Damya or Tihiya, different versions which literally mean “beautiful.”  She lived in 585 /712 AD.  She led several battles against the Romans and Arabs during the 7th century. 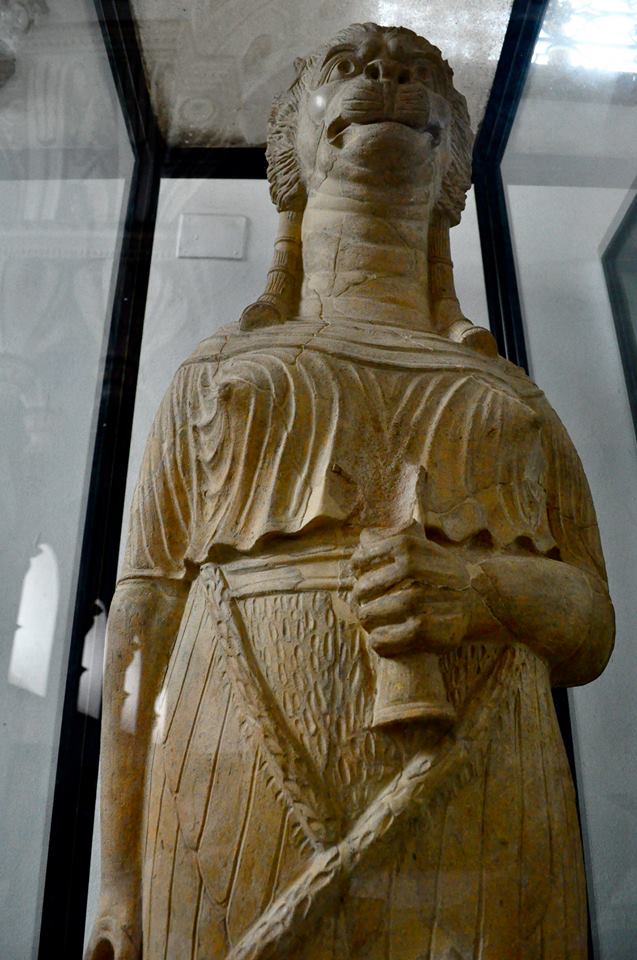 The historian Al Morakochi Ibn Idhari said about her that “All those who lived in the Africa of Romans (at that time) were afraid of her, as all Amazigh people were obedient to her.”

Dihya had defeated the invaders of North Africa on many occasions including the Romans, the Byzantines, and the Arabs. The last battle that she led occurred between her and the Arab leader Hassan ben Nouman who was first defeated and withdrew from the battle in 693 AD. She was called “Kahina” by Arabs as she was accused of sorcery.

Afterward, Tihya did not punish or kill the captives of Hassan ben Nouman’s soldiers who were about the age of 80. Instead, she released them and in one case even adopted a prisoner who he was kind with good manners which resembled the nature of the Amazigh people.

The historian Ibnu Al-hakam said, in his book “Kitab Futuh Misr wa Alamghreb” at page 228, that “Dihya treated her captives well, and released them, except for a man from Bani Abbas, named Khalid Benu Yazid, whom she adopted.

Dihya defended her region by adopting the policy of “Burned Land,” that is to say, she burnt all seductive things that Arabs ran after and kept only agricultural fields and pastures.

Dihya said that “The Arabs want our country for gold, silver, and metal, but for us, farms and pastures are enough. We have no solution but destroying the land of Africa (North Africa), so that Arabs would despair and lose hope and leave forever.” – Ibn Idhari P 35-36

“[Dihya, the Amazigh knight who marked the history unlike any other woman, she rode horses and sought among the folk from the Aures to Tripoli, taking arms to defend her ancestral land.” – Ibn Khaldun book lessons Part VII, p. 11.

Dihya was buried in Khenchela, a city in modern Algeria.

Tanit, Tin-hanan, and Dihya are only a few examples of Amazigh women who brought pride to Amazigh society and contributed to its civilization, a fact unfortunately neglected by official institutions in North African countries.

Women have always been an important member in Amazigh families and societies at large. Thus, there are still tribes which pay tribute to Amazigh female saints who are called “lella,” a term used to venerate and honor people with a high reputation.