Istanbul - One street seller setting himself ablaze to draw attention to the oppression of the police back in January 2011 triggered an unstoppable chain of events that pushed Tunisia into a whirlwind of change. The country emerged from this storm with a new constitution, a parliament compliant with democratic standards, a presidential election and a multi-party parliament. Yet, despite all these extraordinary developments, Tunisia is yet to complete her democratic transformation. 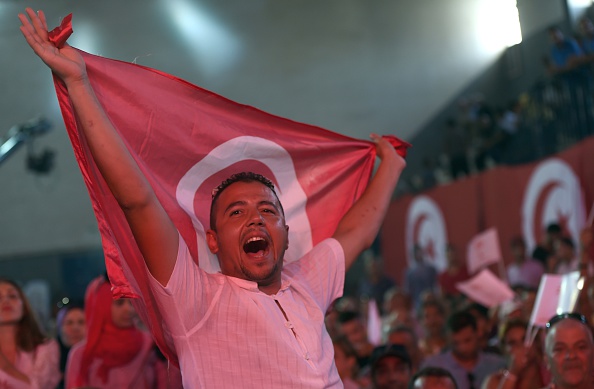 Istanbul – One street seller setting himself ablaze to draw attention to the oppression of the police back in January 2011 triggered an unstoppable chain of events that pushed Tunisia into a whirlwind of change. The country emerged from this storm with a new constitution, a parliament compliant with democratic standards, a presidential election and a multi-party parliament. Yet, despite all these extraordinary developments, Tunisia is yet to complete her democratic transformation.

In the parliamentary elections in October 2014, Nidaa Tounes came out first, followed by Ennahda and Free Patriotic Union Parties. In December 2014, Beji Caid Essebsi was elected President and he gave the task of forming the new government to the former Minister of Internal Affairs, Habib Essid.

A couple of days ago, Essid announced the new Council of Ministers consisting of 24 Ministers. However the confidence vote was postponed until later, as the Heads of the Groups didn’t accept some issues in the draft statue. The date for the next meeting hasn’t been set: In other words, although the temporary government has resigned, it seems that they will still continue in their position for some time.

Another unexpected development was when the Ennahda Movement of Rashid al-Ghannushi, who are known for their conciliatory messages and full support for the democracy, announced that they would reject the new government. They claimed that the new government didn’t meet the demands of the people of Tunisia and that it didn’t represent all the groups in society and lacked the power to overcome the difficulties ahead. However, in a democratic and peaceful move typical of the party, they said they hoped negotiations would help reach a national agreement regarding the government components and its objectives.

The truth is, Tunisia made great strides in terms of stability, welfare and security, despite the fact that a democratic and free election couldn’t be held in the country since the declaration of the republic. And although 2014 was a very successful year amidst the challenging shift from dictatorship to democracy, there are still pressing issues that need to be addressed. The people still expect a great deal in terms of economic welfare, democratic management, justice and human rights. After 30 years of dictatorship in the hands of Habib Bourguiba, the first founder and president of the country, the Tunisian people were subjected to the brutal rule of Zine El Abidine Ben Ali for a subsequent 23 years. Now the Tunisians can look at the future with more hope. Yet, demands continue with respect to unemployment, inflation rates and the lingering low life standards. In addition to that, people still live with the fear that dictatorship might one day return and they will have to go back to the hard days of the past.

President Essebsi promised in his campaign that he would reform the justice system to ensure equality for all and boost the economy. It is of paramount importance that Essebsi and the newly elected government brings an advanced state of democracy and freedom to the country so that all the remnants of the dark days are erased, and they must also work on measures to eliminate terrorism, ensure economic development and build the trust of people.

It is also crucial that the new government follows a transparent activity and management agenda and takes proactive steps to stop street protests by addressing the doubts of some people who believe that dictatorship can return. Furthermore, it should be kept in mind that the revolution started on the basis of economic problems. Therefore, reliable and stable economy policies should be developed. As another important point, the security forces need to be reformed, police forces should be trained and all groups should be given the opportunity to express themselves and be represented legally. However, the top priority of both Tunisian government and her people should be protecting social integrity and they should give messages of unity and solidarity to this effect.

Tunisians should set aside their differences and work to eliminate the fragmentation by acting with a spirit of brotherhood. It is clear that this atmosphere of brotherhood is a must for Tunisia to achieve peace, welfare and stability. Only then freedom, justice and democracy can fully be achieved. It is the Tunisians’ responsibility to put into practice a modern outlook on life that values quality, culture, art, freedoms, democracy and human rights so that they can walk towards a bright and modern future. Having weathered the storm of Arab Spring with minimal damage, Tunisia has to deal with the economic problems that gave rise to the revolution as well as the social issues so that it can continue its democratic transition. We believe that the greatest supporter of Tunisia in this time will be her people that long for social peace and democratic stability.