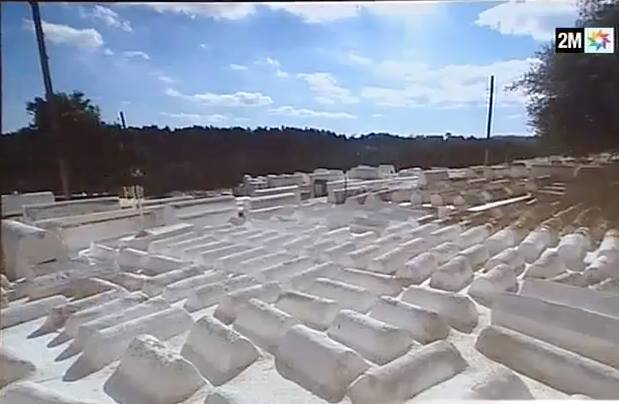 During this ceremony, the Secretary General of the Council of Jewish Communities in Morocco and the kingdom’s Ambassador-at-Large Serge Berdugo stressed that the rehabilitation of Jewish cemeteries, which was launched in 2010 at the initiative of king Mohammed VI, lasted four years and involved 167 sites in 14 regions of the Kingdom, noting that this operation is an extraordinary illustration of the contemporary Morocco that recognizes its various tributaries.

Berdugo, who expressed on behalf of the Jewish community in Morocco, their appreciation and gratitude to the Sovereign, made a presentation on the main lines of this book.

For his part, Minister of Endowments and Islamic Affairs Ahmed Toufiq said the operation to rehabilitate Jewish cemeteries in Morocco is “a grand and subtle work of HM the King,” which is a celebration of memory, life and death, underlining the need to appreciate the true value of this book as a good example of this rehabilitation work.

Opening the meeting, President of the Arab World Institute, Jack Lang, said that this book is an illustration of this multifaceted Morocco, recalling the exhibition dedicated to the Kingdom, organized since last October, which highlights this diversity.

He also stressed the support of the King to this unique event, which aims to discover and rediscover a country through living arts, “a success that exceeded all expectations.”