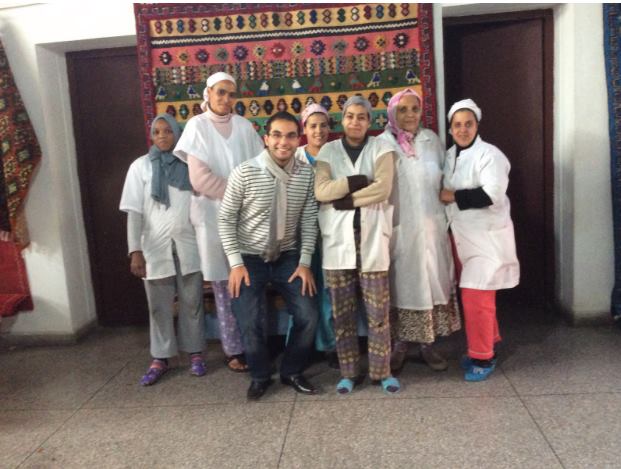 Rabat – Moroccan-born MIT student Zyad El Jebbari is the founder of a new and innovative platform, MoroCrafts, which could change the face of the Moroccan economy.

A large part of Morocco’s economy depends on tourism, which in turn is what many Moroccan craftsmen depend upon to earn a living. However, with the increase in retail transactions happening online, these craftsmen stand to suffer economic hardship. Because of the high illiteracy rate in rural Morocco, many of these craftsmen are forced to work through a middleman, selling their one of a kind handicrafts to a bazaar for next to nothing, while the bazaar then sells them to tourists and art galleries that are willing to pay much more for the products. As a result, the craftsmen often earn no more than 20% of the retail price, according to El Jebbari.

In order to ameliorate this problem, El Jebbari created the idea for MoroCrafts, an online crowdfunding platform that would allow Moroccan craftsmen to sell their handicrafts online and thus reach a wider consumer base.

El Jebbari explained his vision for the project to online journal MIT News, saying that, “Our vision is to broaden the Moroccan artisans’ horizons and enable them to improve their standards of living. This has broader implications in improving the region’s business and cultural dynamism and ultimately puts in place a sustainable economic model that will help reduce poverty in the country. Instead of offering charity to these regions, we are planning on opening them up to the world and removing them from isolation.” He estimates that MoroCrafts could increase craftsmen’s earnings to up to 70% of the retail price.

The project also represents a growing movement within the younger, educated, and often-emigrated generation to work on projects that give back to their native country. El Jebbari emphasized this, saying, “I felt that there was an urgent need for young Moroccans to take action through entrepreneurship to help our artisans broaden their horizons and reach.”

The project is currently being funded on Kickstarter, where its goal is to reach $10,000. It has currently reached nearly half of its monetary goal, and is still over two weeks short of its deadline. If successful, the project will be extended to other African countries.