Taroudant - A recent report published by a group of Moroccan NGOs denounces the "commodification" of education in Morocco through a "growing and alarming privatization" that “reinforces inequality” regarding the right to an education. 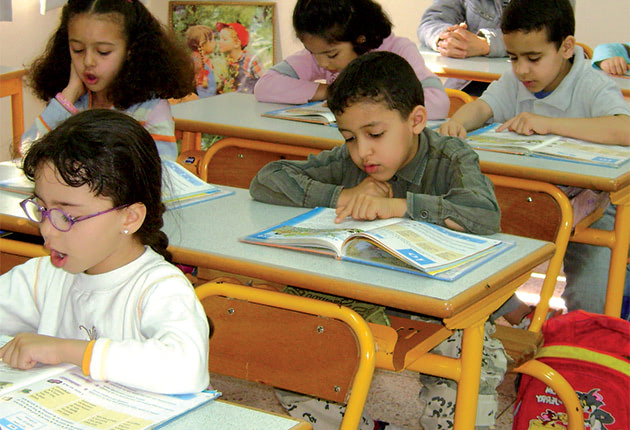 By
Larbi Arbaoui
-
Larbi is a freelance writer and assistant editor at Morocco World News.
Feb 3, 2015
Spread the love

Taroudant – A recent report published by a group of Moroccan NGOs denounces the “commodification” of education in Morocco through a “growing and alarming privatization” that “reinforces inequality” regarding the right to an education.

The report highlights the policies of previous Moroccan governments that led to what they call “30 years of growing and alarming privatization of education.”

The report said that during the 1980s, Moroccan public schools were known for their excellence.

However, after the implementation of the structural adjustment program as recommended by the World Bank and International Monetary Fund (IMF), the budget allocated to education was reduced by 11 percent between 1983 and 1989.

According to the NGOs that conducted the report, the application of that program marked the first step towards privatization.

The percentage of students enrolled in primary private school increased more than threefold in 13 years (between 2000 and 2013). 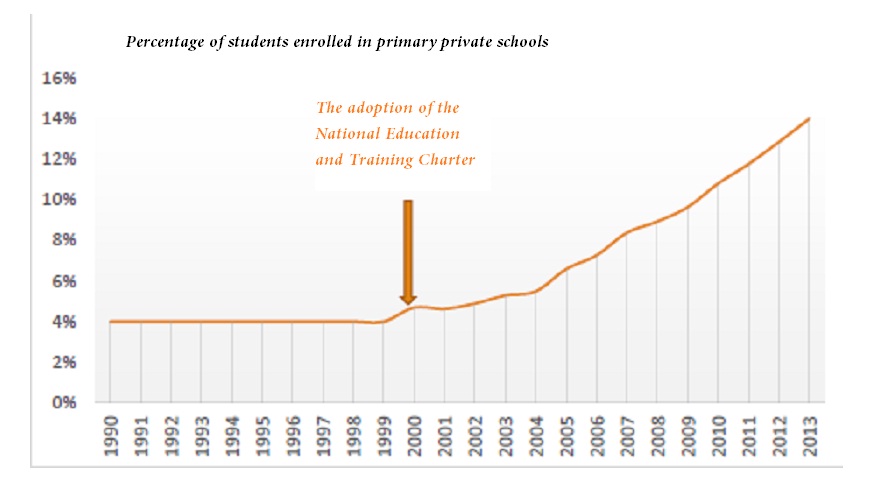 The following diagram shows the annual increase in the percentage of students’ enrollment in private and public primary schools in 1999-2012.

The NGOs denounced the government’s role in the “commodification” of education through implementing a set of “unsuccessful” programs. They placed blame on the National Charter of Education and Training in 2000, which considered the private sector “as a main partner with the state”, and the Najah Emergency Program of 2009, which introduced “straightforwardly” the principles of privatization of public schools and the “commercialization of education”.

The report highlighted the closure of many primary and secondary public schools, particularly in Casablanca and Rabat, an alarming indicator of the decline of the state’s commitment to provide free and excellent education for all.

The current government explicitly supports the privatization of the education in the country.

Speaking on the fiftieth anniversary of the African Development Bank (ADB) in November 2014, Abdelillah Benkirane, the Head of Government, said, “it is high time the state pulled out of certain sectors, such as health and education.”

“The role of the state should be limited to assisting private operators who want to engage in these sectors,” he added.

The report was submitted by the following organizations: the Moroccan Coalition for Education for All (WCEFA), which represents more than 40 organizations working on education in Morocco; the National Federation of Students’ Parents Associations in Morocco (FNAPEM); the Global Initiative For Economic, Social, and Cultural Rights (ESCR-IM); Bayti Association; the Union of Students for Change of the Educational System (UESCSE); Anfass Democratic Movement; and others.