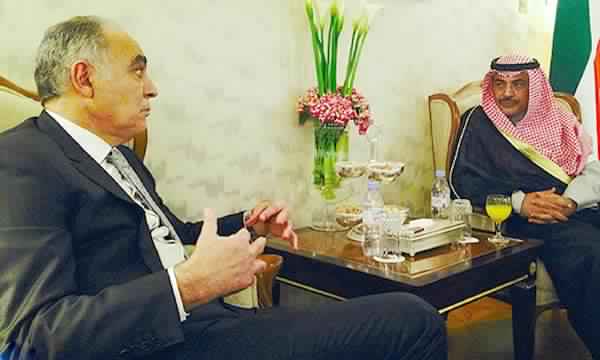 Foreign Minister Salaheddine Mezouar and his Kuwaiti peer Sheikh Sabah Al-Khaled Al-Hamad Al-Sabah, who chaired this session, signed a framework agreement in the field of renewable energy and energy efficiency, an agreement on cultural and technical cooperation, a memorandum of Understanding in posts and the executive program of the memorandum of Understanding on export promotion for 2015, 2016 and 2017.

Both officials signed the Minutes of the session, in which both sides praised the excellent ties between Morocco and Kuwait, thanks to the commitment, the far-sighted visions and the wise guidance of HM King Mohammed VI and HH Sheikh Sabah Al-Ahmad Al-Jaber Al-Sabah, Emir of Kuwait, who endeavor to consolidate and develop bilateral cooperation in various fields.

The Kuwaiti party reiterated its support for the territorial integrity of the Kingdom and the “serious” and “credible” Moroccan autonomy initiative, presented by Morocco as a basis for negotiations for a final solution to the regional artificial conflict over the Moroccan Sahara.

For its part, the Moroccan side affirmed its support for Kuwait’s candidacy for a non-permanent seat at the Security Council for the 2018-2019 period, which will be voted at the 72nd UN General Assembly in 2017 and also welcomed the State of Kuwait’s agreement to host the 3rd donor conference for Syria, slated for March 31.

They also renewed their support for the Palestinian leadership and people and their aspirations for the resumption of Israeli-Palestinian negotiations based on a clear timetable.