Rabat - A Berlin Muslim preacher has reportedly proclaimed that women “should be confined to their husband’s home” and never refuse to sleep with their husbands. 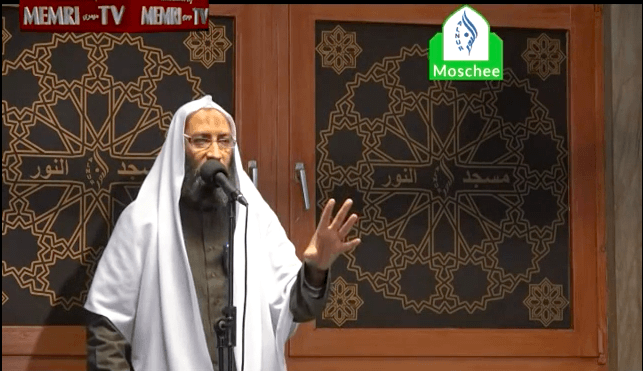 Rabat – A Berlin Muslim preacher has reportedly proclaimed that women “should be confined to their husband’s home” and never refuse to sleep with their husbands.

In a YouTube video whose content has been reported by the Deutshe Welle and other German local media, Sheikh Abdel Moez al-Eila, a Berlin-based Imam known for his extemist preaching, called for the submission of women to their husbands and that a woman is not allowed to refuse sleeping with her husband under any excuses or pretexts.

The sermon was originally held on January 23 at al-Nur mosque in the NeuKolln district of the German capital, according to the Deutshe Welle (DW).

Sheikh Abdel Moez al-Eila said that a woman has the responsibility of “turning the home into a flourishing garden for her husband, so that he does not flee from her like one flees a leper of a lion.”

The Imam added that when a man is ‘aroused’ by another woman, “he should go home quickly and have sex with his wife and Allah will immediately remove the urge from his heart.”

“There is nothing to prevent her husband from using her body for pleasure,” Sheikh Abdel Moez al-Eila said, adding that even when a woman is mensturating she is not allowed to make excuses.

Abdel Moez al-Eila will reportedly hold sermons in the al-Nur mosque in Berlin until the end of the month.