Casablanca - The Islamic State in Iraq and Syria (ISIS) militants destroyed Mosul's library books that date back to 5000 BC. 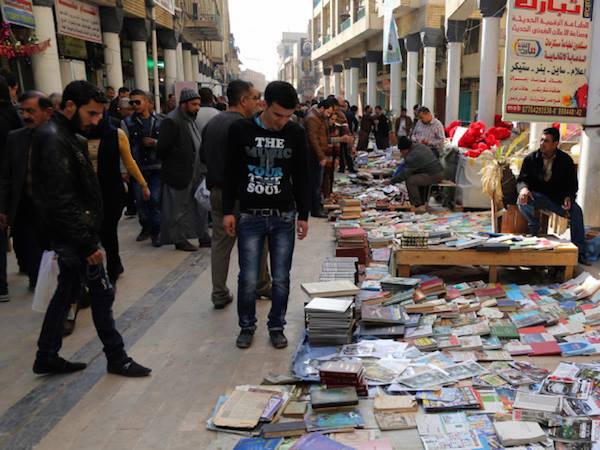 Casablanca – The Islamic State in Iraq and Syria (ISIS) militants destroyed Mosul’s library books that date back to 5000 BC.

“These books promote infidelity and call for disobeying Allah. So they will be burned,” said an ISIS militant to the residents of Mosul as the extremist group reportedly packed the books from the Central Library, which was seized earlier this month.

According to a whistleblower who wanted to keep his identity anonymous for fear of retaliation, the locks of the library were destroyed and the militants loaded around 2,000 books on poetry, philosophy, sports, health, culture, science, and even children stories. The only books that survived ISIS’s flames were Islamic books.

ISIS’s hostile attitude toward opposing ideas and worldviews did not stop at Mosul’s central library, according to a history professor at the city’s university, who also kept his identity hidden for similar reasons.

He reported that ISIS militants broke into the university library, the Latin Church and Monastery of the Dominican Fathers, and the Mosul Museum Library and stole priceless materials that go back to 5000 BC. Local residents confirmed this report. ISIS is also threatening residents that any attempt to hide or preserve their cultural and historical heritage will be punished by death.

As the Iraqi lawmaker Hakim al-Zamili puts it, the group, “considers culture, civilization and science as their fierce enemies.” For him, the burning of these books is reminiscent of the barbarism of the 13th century Mongols who reportedly turned the Tigris River black from the ink of the manuscripts they threw in it.

Hakim Al-Zamili went on to say that ISIS’s decision to burn the books represents a difference in the methods from the Mongols, but a similarity in mentality.