Morocco World News
Home Highlights on Morocco Scholar: Moroccans Who Fight Against ISIS Are Fighting for UAE, USA and...

Rabat - Moroccan Muslim scholar Ahmed Arrisouni said that the war against the so-called the Islamic State (IS) is "Haram" (forbidden). 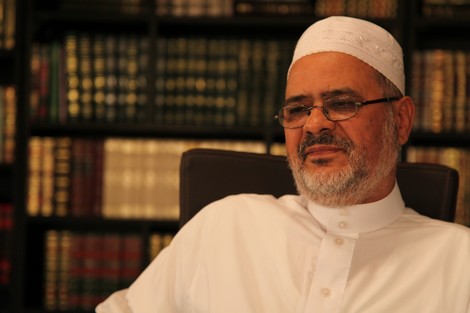 Rabat – Moroccan Muslim scholar Ahmed Arrisouni said that the war against the so-called the Islamic State (IS) is “Haram” (forbidden).

Ahmed Arrisouni, who is also the vice president of the International Union of Muslim Scholars and a member of the Moroccan movement of Unification and Reform, wrote on his official website that the war against ‘Daesh’, the Arabic acronym for the terrorist organization formerly known as ISIS or ISIL, is Haram, saying that Islam and Muslims are the primary victims of the war led by the United States and its allies.

Speaking in the wake of the Islamic State’s execution by immolation of Jordanian pilot Moaz al-Kasasbeh on Tuesday, Arrisouni added that the extremist group has been unlawful since the beginning of its existence and will remain unlawful until the moment of its demise.He refrained from giving his opinion regarding the brutal execution of the 26-year-old Jordanian pilot, whose F-16 fighter jet was downed near the Islamic State’s Syrian stronghold of Raqqa in December.“If I said the immolation of the Jordanian pilot was not permissible, it will appear as if I consider some of their other actions permissible,” he added.