Rabat- Jordan says it launched 56 airstrikes on the strongholds of the so-called Islamic State (IS) in Syria as part of a three-day offensive. Jordanian pilots have carried out intensified aerial bombardment against IS fighters following the brutal execution of pilot Moaz al-Kasasbeh on Tuesday. 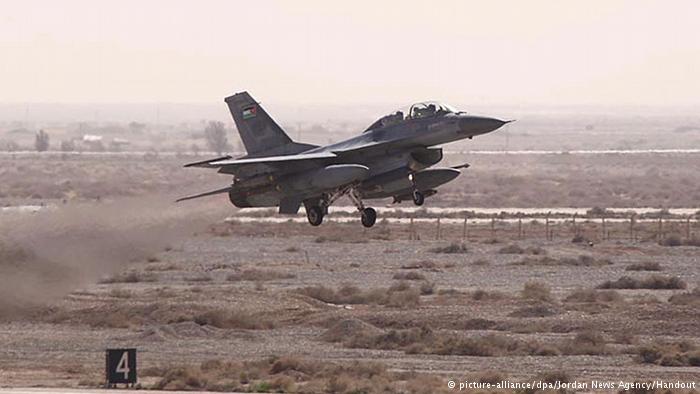 Rabat- Jordan says it launched 56 airstrikes on the strongholds of the so-called Islamic State (IS) in Syria as part of a three-day offensive. Jordanian pilots have carried out intensified aerial bombardment against IS fighters following the brutal execution of pilot Moaz al-Kasasbeh on Tuesday.

Jordan has launched 56 airstrikes against the Islamic State weapons depots, training centers and military barracks after the group released a video earlier this week showing the execution by immolation of a Jordanian pilot.

“We achieved what we were looking for: revenge for Moaz,” air force chief, Gen. Mansour al-Jabour was quoted by Associated Press (AP) as saying. “And this is not the end. This is the beginning, he added.

Al Jabour said that coalition planes have flown 5,500 sorties since the beginning of the air campaign, including 2,000 reconnaissance flights. He also said that Jordan’s air force participated in 946 sorties.

The general said about 7,000 Islamic State group militants have been killed since the beginning of the coalition airstrikes.

Jordan, Saudi Arabia, Bahrain, Morocco and the United Arab Emirates are part of the US-led coalition aiming at curbing the advancing of the militants who took over swaths of land in northern Iraq and Syria and declared a “caliphate”.