Casablanca- After a long campaign urging Moroccan citizens to register to vote, few Moroccans have gone to the effort to register, less than three weeks before the deadline. This raises questions as to the effectiveness of this campaign in convincing citizens to cast their ballots. 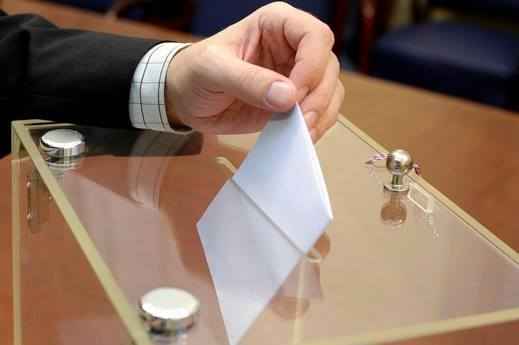 By
Hamid Bouhda
-
Hamid Bouhda is a researcher in International Relations
Feb 8, 2015
Spread the love

Casablanca- After a long campaign urging Moroccan citizens to register to vote, few Moroccans have gone to the effort to register, less than three weeks before the deadline. This raises questions as to the effectiveness of this campaign in convincing citizens to cast their ballots.

There are many factors that may have caused Moroccans to lose their trust and interest in state-led projects. The gap between society and state is widening day after day. Historically, the state is to blame for this impasse. Following independence, the state opted for the fragmentation of the political arena, by creating a climate of mistrust between political leaders of that era. Afterwards, the state created political parties allied to itself to compete with its opponents, thus using the administration to rig elections. This became common-place, and was expressed by Moroccans through adages such as “the winner already knows himself”. Another problem is the judiciary’s interference in the political field, which is demonstrated by the state’s imprisonment of dissidents, many of whom received death sentences, while others were forced to flee the country and seek refuge abroad.

This negative environment lasted for more than four decades. Morocco lost well-educated leaders due to the King’s absolute grip on power. The shift in the balance of powers effectively made the King the only player in the Moroccan political scene. At the time, Moroccans believed electoral campaigns had no impact whatsoever on their daily lives. The new elites sought to join the King’s circle instead of working within society to meet the people’s aspirations for change and reform. This political climate made it very difficult for the political parties, civil society, and the middle class to bring about a genuine change in the political landscape. The middle class elites, the most influential group in any society, preferred either to distance themselves from political issues, or adopt a wait-and-see approach. In the beginning of 2008, the state tried to imitate the Tunisian model by creating a new political party whose goal was to regroup a number of small parties as a way to end the fragmentation plaguing Morocco’s politics. However, this endeavor was halted in the wake of the popular uprising of 2011, which returned politics to square one, especially after the protesters pointed to the leaders of the new party as “undesirable actors”.

The spread of demonstrations across Morocco showed the flawed assumptions held by the regime concerning the youth’s disinterest in politics. Youth protests for more democracy and reforms were forging ahead to affect Morocco’s contemporary history. The demonstrators called for groundbreaking reforms that challenged the status quo, leaving the political parties far behind in terms of the audacity of their demands.

The paradox is that the state maintains a ban on the main student organization operating within schools and universities, the National Union of Moroccan Students, while at the same time calling on them to participate in elections. Banning the National Union of Moroccan Students deprives youth of a political education that many historical political leaders were trained and equipped with the tool of critical thinking. The state has implemented exclusionary policies toward the youth during the last five decades. Besides banning the main student organization, the state has also adopted policies regarding school curriculums that have turned out to be extremely detrimental. These policies have handicapped both schools and society, leading to huge waves of unemployment. Unqualified youths protested in the streets because they were left with no career prospects, despite their time at school.

In addition, the state banned all opposition parties. In other words, the state manipulates elections to serve its democratic façade, as if democracy was limited to casting ballots and taking picture of citizens entering and leaving polling stations.

The atmosphere of fear that the state has created during the last five decades has led people to distrust its initiatives. As the gap between society and the state continues to widen, citizens show no interest in elections, despite of the government’s media campaign to encourage citizens to participate.

The state should know that participation in the upcoming election will only increase if the relationship between the state and its citizens becomes one of trust, and that will only be achieved by doing away with authoritarian practices and respecting the citizens’ demands. However, it appears that this transition will not be achieved easily, as recent developments show how far the ruling party is willing to go to preserve its own interests and position within the government, whatever the cost of that may be.