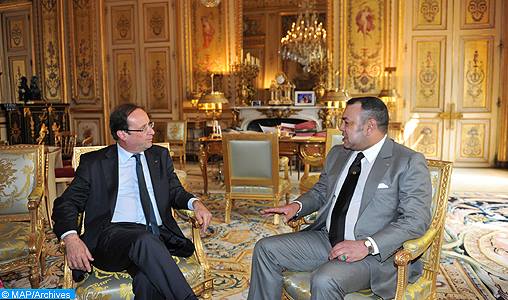 During these talks, the two Heads of State discussed all regional and international issues. They underlined the strong exceptional partnership between Morocco and France. They hailed the bilateral agreement concluded on January 31, which set the conditions for more effective judicial cooperation between the two countries, said a joint communiqué after the meeting.

“The French president and HM King Mohammed VI also stressed the determination of France and Morocco to fight terrorism and fully cooperate in the field of security. In this spirit, an intense exchange of ministerial visits will prepare the next high level meeting between the two governments,” it added.

“The two leaders hailed that the conditions are met for a new dynamic of confident and ambitious cooperation between France and Morocco in all fields,” it concluded.