Rabat - An appeal hearing is set to begin Monday to review the case of a Moroccan librarian who was arrested in the French city of Lille last month for publicly condoning an act of terrorism. 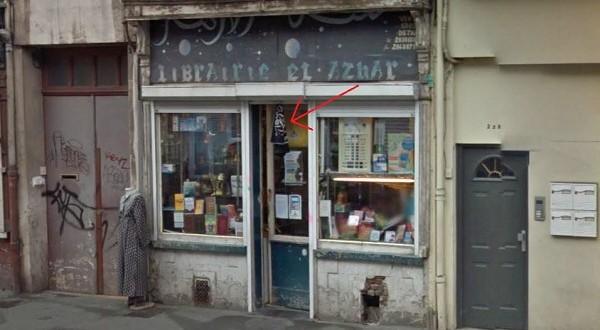 Rabat – An appeal hearing is set to begin Monday to review the case of a Moroccan librarian who was arrested in the French city of Lille last month for publicly condoning an act of terrorism.

The French-Moroccan man, 59,  was sentenced to one year in prison after the police allegedly found a small flag in his bookshop bearing the Islamic declaration of faith, or Shahada: There is no god but God, and Mohammed is the mssenger of God.

For non-Mulslims, the flag might bring to mind pictures of terrorist organization the Islamic State or other extremist groups, but the Shahada is a common affirmation of faith among Muslims.

For this `act of terrorism´, the bookshop owner has been under arrest for nearly a month now and his shop remains closed until further notice.

When asked by the judge if the flag found in the entrance of his bookshop was that of Daesh,the Arabic acronym of so-called Islamic State, formerly known as ISIS or ISIL, or Al Qaeda, the man replied that the flag does not belong to neither one or the other. He said that they are the flags of all Muslims.

´These people have taken them saying it’s ours,´ he said. It’s not theirs. They belong to one billion Muslims. Unfortunately, we cannot do anything against them. Suicide attacks are not allowed in Islam. It is forbidden to kill innocent Muslims.´

The Moroccan librarian was arrested on January 15th in the wake of the terrorist attacks on the Paris offices of French satirical weekly Charlie Hebdo that claimed the lives of many cartoonists and police officers.

Collective hysteria has apparently engulfed France since the terrorist attacks.

Last month, an eight-year-old French boy, Ahmed, from the southern French city of Nice was reportedly questioned by police on Wednesday after he allegedly made comments in school supporting the Parisian terrorists who attacked satirical weekly magazine Charlie Hebdo.

According to media reports, when asked by other students if he was “Charlie”, the boy allegedly replied “I am with the terrorists”.

The Collective Against Islamophobia in France (CCIF) said that more than 50 anti-Muslim incidents were reported across France in less than a week after the terrorist attack on satirical weekly Charlie Hebdo.