Oujda, Morocco - I cannot remember the last time that I craved hot chocolate this often and looked forward to early nights knowing that once I was under my covers I could snuggle myself into a warm cacoon of never-wanting-to-leave. It's officially Winter in Morocco and I am dressing the part. My usual attire consists of sweater-pants or thermals under comfy yoga-pants with at least five top layers incuding a tank, long sleeves and a thick sweater left by the previous volunteer. I even fall asleep in my wind-breaker jacket occasionally and I have been keeping my hat, scarf, and gloves close by if not constantly on me. 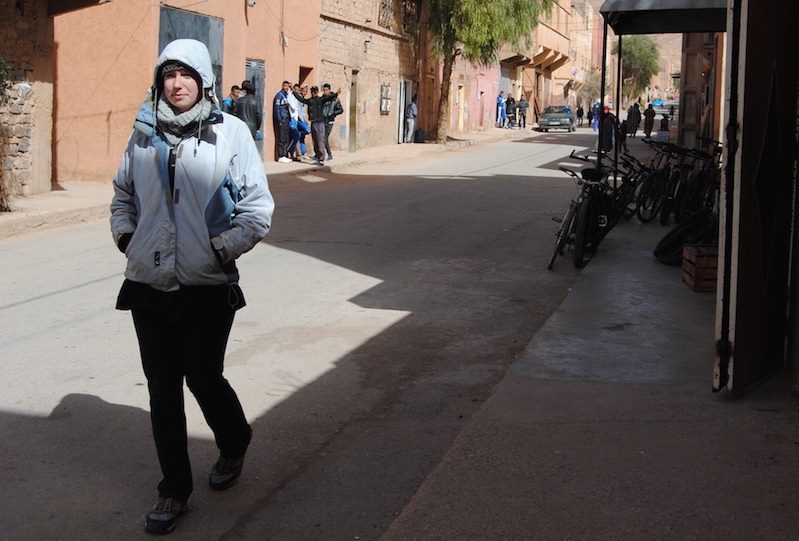 Oujda, Morocco – I cannot remember the last time that I craved hot chocolate this often and looked forward to early nights knowing that once I was under my covers I could snuggle myself into a warm cacoon of never-wanting-to-leave. It’s officially Winter in Morocco and I am dressing the part. My usual attire consists of sweater-pants or thermals under comfy yoga-pants with at least five top layers incuding a tank, long sleeves and a thick sweater left by the previous volunteer. I even fall asleep in my wind-breaker jacket occasionally and I have been keeping my hat, scarf, and gloves close by if not constantly on me.

When walking to class on Friday, the wool infinity scarf just about covered my mouth and my jacket hood covered any indication that I may be a female with my hair tied back. This is admittedly a favorite look for me here because people are often confused as to what gender I represent thus keeping the unwanted verbalization of their thoughts stuck in the coprehension phases. If they do eventually figure out that I am a female, I have long walked by and the moment has passed thus sparing me the repeatitive phrases all too often lacking originality. 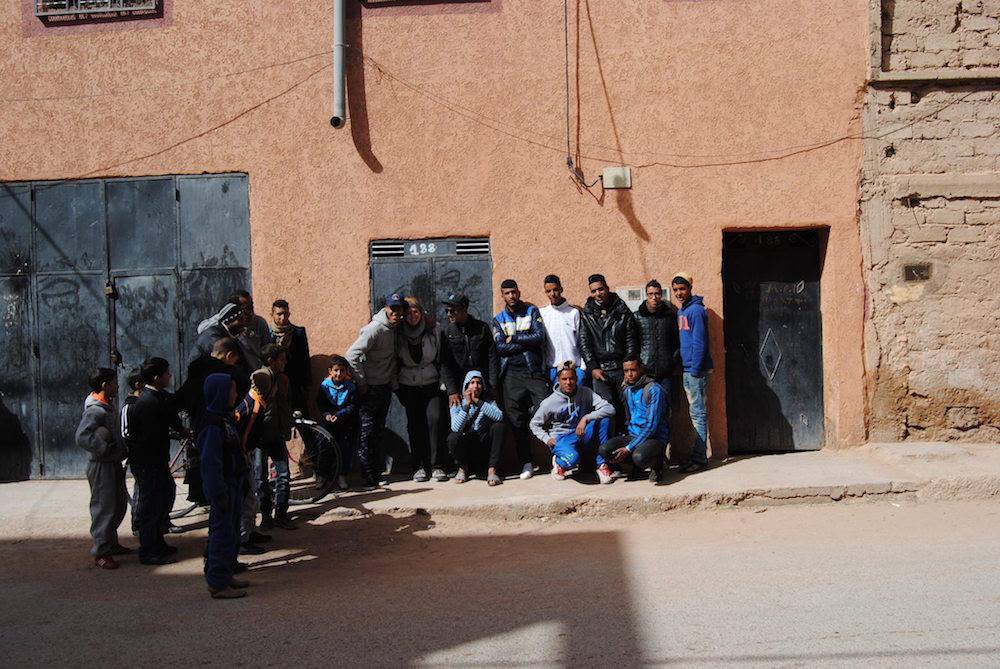 Unfortunatley, this is not always the case. As I was dutifully walking to class having just crossed the road from the mosque, where I would be less visible from the cafes and therefore circumventing the unwanted stares of curiousity, a man standing near another casually took it upon himself as the temporary town-crier to announce his perception of my outward appearance. I would have chosen such adjectives as “cozy,” “comfortable,” “layered.” However this man chose the all too common phrase “you are beautiful.” I should be flattered, right? I was not. Perhaps disgusted, annoyed, or expectant. This man could hardly see me and this really was not about what I looked like. These kind of phrases have far less to do with how I actually appear and rather more to do with this stranger’s idea that his words somehow have power over me. And they did. I replied back “baraka,” translated as “enough.” Ready to go on with my day and not give this situation a second thought, his unexected reply was a genuinely concerned, “what?”

I truly believe that sometimes the boys who curse in front of me or the men who speak French to me are unaware that I find it annoying, so if time permits I usually use these moments to practice my Moroccan Arabic and explain why I am not French or why a phrase used in an American movie is actually very offensive, but of course offering some alternatives that they may use instead. It has been fun hearing random kids attempt my first name and they seem to have more respect because I endulged them just a bit, feeding their curiousity enough to let them know that I am not a tourist and that I will see them around another time. 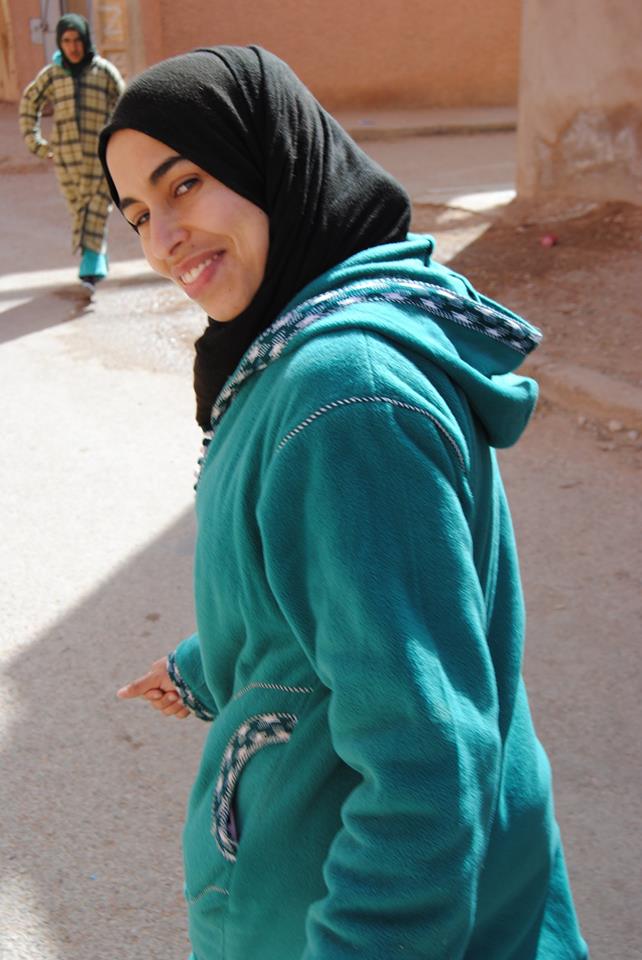 Fortunately, this particular man spoke great English. The confusion on his face was unmistakable but the conversation probably took less than two minutes. In the end I reversed the roles on him and asked him how it would make him feel if everyday, every single time he left the house, there were comments made to him. His response “this makes you nervous”. I don’t know that “nervous” is the exact feeling, especially after a year and further understanding of the culture. I certainly do not feel ready to skip down the road picking flowers and giggling (at least not in my small city, Rabat is a different story) when I leave my home, but I feel safe enough and I like to keep it that way. Overall, he understood. However, “hello Bri!” is always welcomed.

This incident led into a conversation in English class in which I came away with the idea that in some ways, this is cultural. In other ways, this is outdated. Some females may be flattered by this, but this is something that I continously grapple with. My position here as a female Peace Corps Volunteer is to be “professional”, “presentable”, “knowledgeable” and of course, “open”. These remarks absolutely happen in America, an argument this man used, and quite honestly I really do not care for it there either.

Morocco is a very fertile and scenic country with rich culture and some of the best hospitality that I have ever experienced. Friday was just a day in which I found myself weighing the cultural differences against basic human rights. Why did I feel so hostile when responding to that man, just one of several for the day? Why is it acceptable that a woman must even think twice to be out of the house at certain hours all over the world when some men know nothing other than taking this right for granite?

I believe that we are quite some ways from gender equality and it is both baffling and frustrating. Many people do not see the issues here, which is baffling. Therefore they do not take the steps to alter the uncomfortableness it may inflict on others, which is frustrating. As a person with a female perspective, I am just attempting to provoke dialogue because some days I feel just as confused as anyone else as to how and why a complete stranger offers his approval before he offers the gift of conversation.