Morocco World News
Home News International SwissLeaks or MediaWeaks? From Tax Fraud Debate to I Dream of a…...

Tunisia - “Le Monde” and several international media sources revealed on February 8 data that was uncovered in an investigation called “SwissLeaks."  The result is  more than 203 billion USD in tax evasion aided and abetted by HSBC. 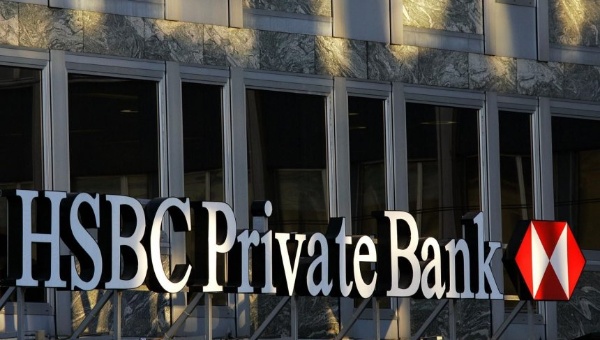 Tunisia – “Le Monde” and several international media sources revealed on February 8 data that was uncovered in an investigation called “SwissLeaks.”  The result is  more than 203 billion USD in tax evasion aided and abetted by HSBC.

The bank promised its customers to do its best to reduce “the impact of media intrusion into their private lives”. The SwissLeaks case has not only revealed the bank scandal, but has also reignited the debate over media reactions.

The true face of HSBC Bank in Geneva, Switzerland was unveiled by French newspaper “Le Monde” yesterday, which shared with 50 other media publications — including Germany’s “Süddeutsche Zeitung” and “The Guardian”— the bank’s data base of 100,000 customers and 20,000 offshore companies.

The investigation, which is primarily based on information contained in the database, was conducted by 154 journalists with the help of a computer expert and former employee of HSBC bank in Geneva, Hervé Falciani. The data covers the period from November 9, 2006, to March 31, 2007, during which Falciani worked for the bank.

HSBC claims that the data base was manipulated. “It is unclear if the integrity of the data has been preserved, or even if the original data itself was complete and accurate. Recent allegations by a French law enforcement official in Nice suggest that the data has been manipulated and could therefore contain material inaccuracies,” states the Bank in its communiqué questioning the methods used in the investigation.

HSBC also questions the results of the investigation and the problem of verifying sources credibility. “Over a period of several months at the end of 2006 and early 2007, an IT employee of the SwissPrivate Bank, Hervé Falciani (HF), systematically and deliberately downloaded details of clients accounts. This was a blatant criminal violation of Swiss law. HF is accused of attempting to sell the data of Lebanese banks under a false name, as the Swiss Attorney General made clear in a press release on 11.12.2014,” states the Bank.

While some media publications have reported the facts as they occurred without giving any importance to the names, others have merely been interested in the names of famous personalities involved, as if that were the real debate that should change the world. But even if the bank is dissembling, as the investigators claim, then whether the money is of politicians, business people, or show-biz stars should not be the focus of attention.

These publications’ search for “the scoop” does not actually sit well with the ethics of journalism. Some media noted the example of Gad Elmaleh, a client of HSBC, and others even mocked the humorist on media and social networks, making a parody of the advertisement “I dream of an ideal bank (HSBC not LCL)”, accusing him of tax fraud and claiming that he is a “bad example” for new generations.

Elmaleh’s lawyer said to Le Monde that the file has already been regularized. “No need to make a scandal for nothing, they have regularized their situations, go to other things!!”, said Eddie Suissa, a very active Moroccan, on Facebook, criticizing the media.

Internet users, also eager to discover the whole list, have wondered why the newspaper Le Monde did not reveal the entire list of account holders at the bank and on what basis it chose the list that it did publish.

The Swiss have on their accounts 31 billion USD. Israel is among the countries that were also directly involved in the investigation. Between 1988 and 2007, approximately 6,500 Israelis have held more than 10 billion USD at the bank. Between 2006 and 2007, Le Monde found that 13.4 billion USD belonged to 7,765 African customers. In France, the Court of Auditors estimated that the average tax evasion amounts each year was between 70 and 90 billion USD.

“All this noise makes me laugh. This is a storm in a teacup. Swiss banks have existed for centuries. How could they have existed without customers? Only the media (and many customers) are not apparently aware of the existence of these Swiss accounts”, added Suissa.

HSBC, which is headquartered in London, is a British international banking group that was created in 1865 in Hong Kong and operates today in 84 countries with more than 60 million customers.

But does this existence justify tax fraud? Joseph Marciano, a Moroccan tax system developer in Israel, commented about the issue in an article in The Times of Israel: “I developed a tax system that allows to triple the revenues for each state, abolishing all taxes and fees known today. This is because the tax systems in the world are archaic and primitive”.

“Now all the tax systems of the world are not controllable. The proof are the leaks and the fact that over 30% of the global economy is driven by parallel steps (drugs, weapons, casinos, black market oil and raw materials, etc.)”, explained the tax system developer.

SwissLeaks has included a new priority on the new agenda of the international media: a debate on tax evasion. When can we talk about tax evasion? Are all the clients involved? What about regularized situations? When does the private life meet with the public interest? What does tax evasion mean now? These are some questions people should be aware of.

Instead of discussing the famous people involved, the media should be discussing ideas and solutions. So SwissLeaks and MediaWeaks are two sides of the same coin, and both must be dealt with.