Rabat - A professor at the University of Paris 13 in Villetaneuse was reportedly dismissed from his duties on February 2 after refusing to give lessons before a veiled student in class. 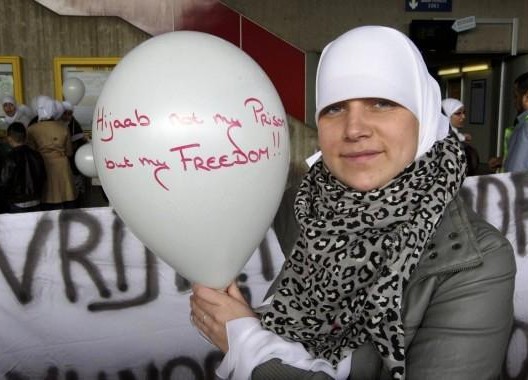 Rabat – A professor at the University of Paris 13 in Villetaneuse was reportedly dismissed from his duties on February 2 after refusing to give lessons before a veiled student in class.

After 28 years of lecturing at the university, the professor, who is in charge of a course in insurance law attended by fifteen students, refused to give the lesson in the presence of a veiled student in his class who was sitting in the front row.

Expressing his opposition “to the wearing of religious symbols in public spaces,” the professor’s action sparked controversy among the students in the university.

Speaking to AFP, a student who preferred to remain anonymous said that the professor “told us that he grew up in Sarcelles, and that he praised multiculturalism, but he could not bear displaying religious signs, which he did not expect after Charlie’s attack.”

The same source added that four students defended their veiled classmate, “accusing the professor of taking an ideological position, which has nothing to do with the subject of the course.”

On Friday, the head of the master program told the students that the teacher in question “will not finish his course of insurance law” and that a replacement would be found soon.

For his part, the president of the University, Jean-Loup Salzmann, told AFP that “the headscarf is allowed in the university,” adding that “if a professor, let alone a lawyer who knows the law, discriminates against students, the first thing to do is to suspend him or her.”