Rabat – The number of fatal accidents dropped by 6.04% in 2014. The number of deaths fell by 8.74% and that of gravely wounded people by 14.81%, said the Director of Road Transportation and Security Division Brahim Baamal, on Wednesday. 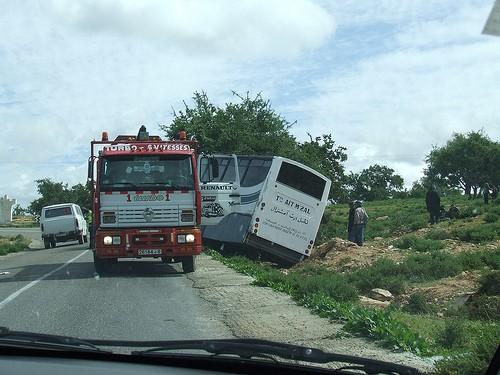 Rabat – The number of fatal accidents dropped by 6.04% in 2014. The number of deaths fell by 8.74% and that of gravely wounded people by 14.81%, said the Director of Road Transportation and Security Division Brahim Baamal, on Wednesday.

During the meeting of the road security standing committee (CPSR) for presenting provisional figures about road accidents in 2014, chaired by the minister delegate for transportation Mohamed Najib Boulif, Baamal said that measures taken by the government in the summer of last year, mainly the adoption of a special program for this period, led to positive results that contributed to improving road safety indicators.

The director of road transportation and security division said that during the past three years, efforts to increase safety led to the saving of 841 human lives and 3,117 seriously injured victims, and nearly 13,035 human lives in a decade.

The National road safety strategy, which spans 10 years, seeks to slash the number of road accidents and reduce the number of killed and wounded victims.