Rabat- A woman, who according to her relatives is “possessed by the devil,” passed away on Sunday following continuous sessions of exorcism performed by a “fqih” (exorcist) in Agadir, Morocco. 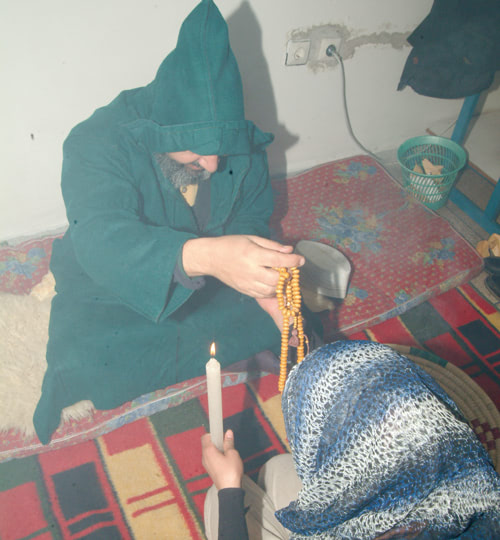 Rabat- A woman, who according to her relatives is “possessed by the devil,” passed away on Sunday following continuous sessions of exorcism performed by a “fqih” (exorcist) in Agadir, Morocco.

The tragedy started when the newly married girl went into a fit of hysteria, and her family decided to seek the help of a Fqih.

Instead of taking her to the hospital, the family, who believed that their daughter was possessed by the devil, called on the Fqih, someone believed to have magical and spiritual power to cast out devils, to see their daughter and treat her.

To cast out the evil spirit from her body, the Fqih loudly recited passages from the Koran, the holy book of Muslims.

According to Al Ahdat Al Maghribya, “the Fqih sat on the chest of the ‘possessed’ bride and made his assistant sit on her lap,” in order to calm her movement and “force the evil spirit” to leave her body.

The same source added that the Fqih hit her all over her body, shouting at the “evil spirit”, “Get out Satan’s son;
will not you get out?”

The daily added that the woman passed away on Sunday evening after several sessions of torture.

The Fqih, his assistant, and members of the victim’s family were brought before the court of Agadir on Thursday on charges of intentional abuse leading to death, and the practice of sorcery.