London - As the ‘war on terror’ rages on, Europe and America are becoming increasingly hostile habitats for the Muslim communities. The latest in a wave of Islamaphobic violence has claimed the lives of three young students in the United States. 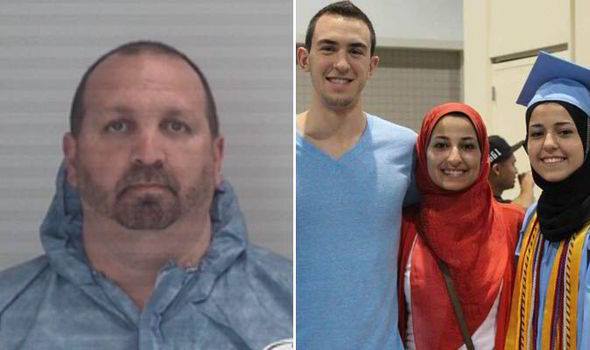 By
Koos Mohammed
-
Koos Mohammed is a freelance writer and a human rights activist based in London.
Feb 12, 2015
Spread the love

London – As the ‘war on terror’ rages on, Europe and America are becoming increasingly hostile habitats for the Muslim communities. The latest in a wave of Islamaphobic violence has claimed the lives of three young students in the United States.

In Europe, this wave of violence is gathering momentum. Mosques set on fire are becoming common occurrence, women are being attacked, in some cases murdered, Tell MAMA’s (an organisation that monitors Islamaphobic assaults in the UK) weekly alerts, sent to my inbox, mentioned several attacks on school children, including a 13 year old who was threaten with a knife and called a ‘retarded terrorist’.

In Germany, where a record 25,000 people attended an anti-Muslim rally last month, attacks on Muslims are taking place on daily basis. ‘Insults against Muslims, often women with headscarves, vandalism against mosques and violence against imams have become a daily occurrence,’ the chairman of Germany’s Central Council of Muslims, Aiman Mazyek told Online Focus in a report published on Saturday, January 24.

The image below of a bleeding man is currently circulating on social media. The young Muslim man was apparently attacked in Kassel, Germany. A group of men allegedly attacked him with a knife, leaving him with several stab wounds. 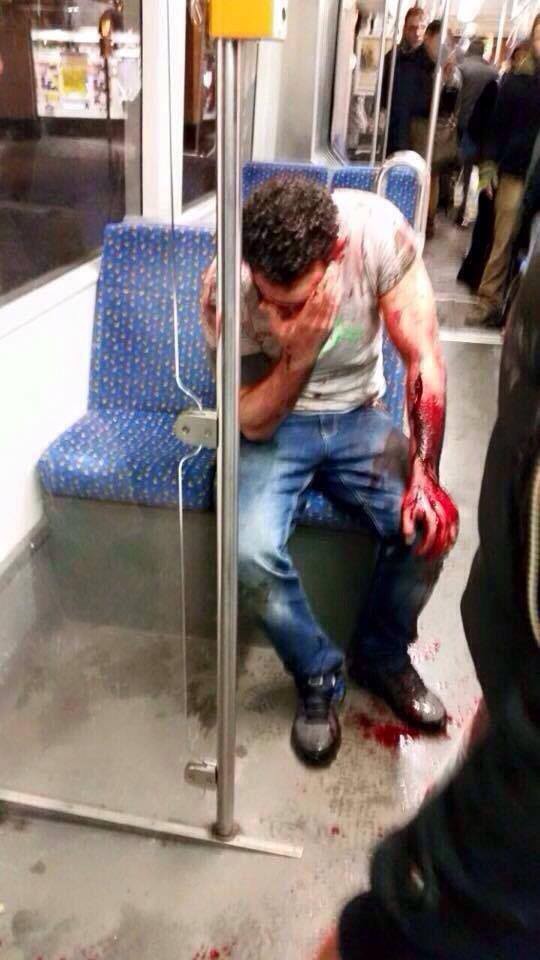 The hostility is prevalent in the media too, which largely ignores these crimes, while happily taking a magnifying glass to any crime committed by an alleged Muslim. Until an outcry on social media, the mainstream media wasn’t interested in the three murdered students’ story. Obama who would have leaped at the chance to address the nation about the threat terrorists pose to the American public took no interest in the terrorist that killed the students. This terrorist wasn’t the right kind it appears.

Rather than reporting the crimes committed against Muslims, some in the media are more than willing to fuel hate, like this journalist who claimed that she was ‘ushered out’ of a mosque, when in fact she wasn’t. An action which led to death threats against the mosque.

Where is the safe alternative for Muslims?

If Muslims aren’t wanted and no longer safe on the streets of Europe and America, where then? Is the answer a return to their places of origin for a safer life?

In Pakistan, Yemen, and Somalia, Muslims live in fear. Not of just Al Qaeda and Al Shabab, who cowardly murder school children in their hundreds, but of what 13-year-old Mohammed Tuaiman described as ‘death machines’ in the sky. The American drones. ‘A lot of the kids in this area wake up from sleeping because of nightmares from them and some now have mental problems.

They turned our area into hell and continuous horror, day and night, we even dream of them in our sleep,’ he told the Guardian. In 2011, Mohammed lost his father and brother to drone strike. In January this year, the death machines in the sky claimed Mohammed’s life, along with his brother-in-law and a third man. Their bodies were ‘burned like charcoal’.

Gathering for a wedding could kill you in these countries. 15 wedding goers were killed by a drone in 2012 in Yemen. Local security official told Reuter in this report, ‘an air strike missed its target and hit a wedding car convoy, ten people were killed immediately and another five who were injured died after being admitted to the hospital’.

We all know the story of Malala, but how many of you heard of Nabila? 9-year-old Nabila Rehman was out picking okra with her grandmother and siblings when a drone hit them. Her grandmother was killed in the attack, and her and her sibling were left with shrapnel wounds. ‘When I hear that they are going after people who have done wrong to America, then what have I done wrong to them? What did my grandmother do wrong to them?’ Nabila wanted know.

Elsewhere in the Muslim world

We have Iraq, where the ‘war on terror’ has been terrorising civilians for over a decade now. First raped by the CIA, children in Iraq are now raped by ISIS. What were once safe countries for the average civilian have been turned into something from apocalyptic films in Libya and Syria. The Western media won’t report it, but the freedom the West exported to Libya has manifested itself in a chaos that makes one think, if hell had a jungle, this would be it.

In Palestine, Israel’s most recent military attack on the Gaza Strip left over 2,200 people dead; mostly civilians. The murders of Palestinian civilians by soldiers and settlers occurs almost weekly.

In Saudi Arabia and Egypt, the dictators there (friends of the West by the way) brutally suppress the civilians. Executions are common. Those who dare speak out, face life behind bars, or risk being whipped publicly.
So where are Muslim lives sacred? The truth is, in today’s world, in this current setting and condition, Muslim lives aren’t safe anywhere.