Taroudant - The Collective Against Islamophobia in France (CCIF), the republic’s leading watchdog fighting Islamophobia, has released an annual report highlighting an alarming increase in discriminatory acts against Muslims and their places of worship. 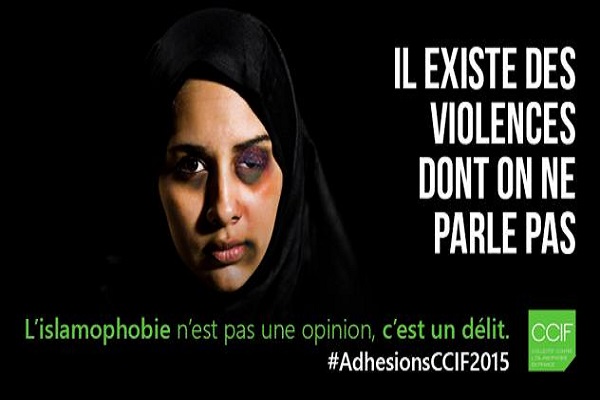 By
Larbi Arbaoui
-
Larbi is a freelance writer and assistant editor at Morocco World News.
Feb 13, 2015
Spread the love

Taroudant – The Collective Against Islamophobia in France (CCIF), the republic’s leading watchdog fighting Islamophobia, has released an annual report highlighting an alarming increase in discriminatory acts against Muslims and their places of worship.

A month after the national gathering that followed the Charlie Hebdo attacks, the CCIF held its annual press conference on Wednesday, February 11, to present the figures and trends of Islamophobia in 2014 and a report on the phenomenon since January 7, 2015.

The CCIF confirmed that an average of at least two cases of Islamophobia are identified every day by their services. Nearly 77% of the cases involved discrimination at work, school or an institutional setting. The report stated that “Islamophobia is currently deeply ingrained in the French culture.” The CCIF added that 81.5% of victims are women. They represent almost all of the victims of physical assault with 22 physical assaults in 2014, which is nearly two every month. “We note with disappointment and concern a huge gap between the official discourse that is reassuring and rallying, and the reality on the ground,” the report says.

Lila Charef, the CCIF’s legal advisor, told Press TV that “Our biggest difficulty is that the state is simply inactive when it comes to Islamophobia. It refuses to intervene with even small measures, such as declarations from higher authorities that condemn specific acts of discrimination.”

After the attacks of Charlie Hebdo, the prejudices and discrimination against Muslims have become stronger than ever and Muslim places of worships are being desecrated more frequently.