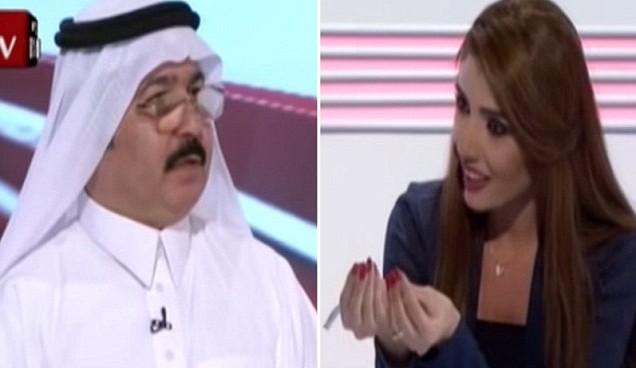 Rabat – In an interview on Saudi TV, Saudi historian Saleh al-Saadoon explained his interesting take on why the driving ban for women in Saudi Arabia should be enforced.

According to him, women should not be allowed to drive for their own protection. He claims that the long distances between in cities in Saudi Arabia pose a threat to female drivers, asking “what will become of her” if her car were to break down.

When the host questions this, saying that women drive in other countries all over the world, al-Saadoon responds with a statement that is both ridiculous and frightening. He explains to the host that those women “don’t care if they are raped by the roadside, but we do.” He goes on to say that getting raped is “no big deal for them beyond the damage to their morale.” The host is understandably shocked, and she asks al-Saadoon what rape is “if not a blow to the morale of the woman.”

But according to al-Saadoon, the effect of rape on the family and religious identity of the woman is more important, and this is apparently the reason why women in Saudi Arabia care if they are raped. He doesn’t specify whether or not Saudi Arabian women agree with him. He then proceeds to tell the other guests, both of whom are looking on in complete disbelief, one even rolling her eyes at the inanity of his statements, that they need to “get used to what society thinks.”

Al-Saadoon then goes on to explain that women in Saudi Arabia should be happy that they cannot drive, because they are driven around by their husbands, fathers, brothers, and male chauffeurs, and are treated “like queens”. The host at this point loses her composure a little, and asks why women should feel safer with male chauffeurs, who are just as capable of rape as soldiers on the side of the road.

Al-Saadoon agrees that this is a problem, and so to bring his point home and prove that it really has absolutely no basis in reality, he proposes a solution to the problem – to “bring in foreign female chauffeurs to drive our wives…to replace the male ones.” As the host finally succumbs to laughter, he continues on, oblivious to her derision, and asks her “are you with me on this?”

We laugh at this man and the absurdity of his statements, because they are ridiculous, but while activists all over Saudi Arabia such as Loujain al-Hathoul and Maysa al-Amoudi, two women who were arrested in December and detained for 73 days after attempting to drive into the Kingdom from neighboring UAE, are putting their lives and wellbeing at risk over the fight for gender equality, it is extremist individuals such as al-Saaldoon who are holding Saudi Arabia back in the global quest for equal rights.