Brussels - The embezzlement of humanitarian aid by Algeria and the Polisario, was denounced on Saturday in the front page of a leading Belgian paper, La Libre Belgique. 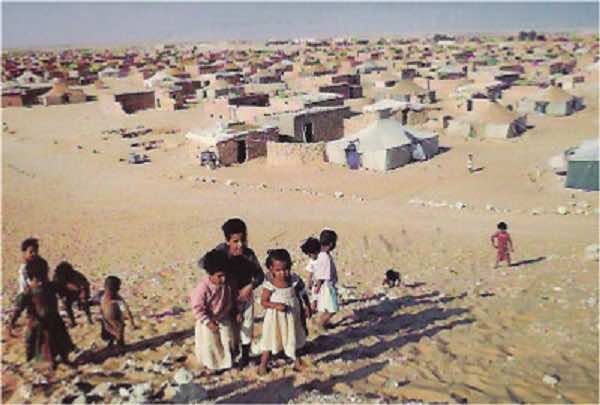 Brussels – The embezzlement of humanitarian aid by Algeria and the Polisario, was denounced on Saturday in the front page of a leading Belgian paper, La Libre Belgique.

The paper dedicated an article in the front page expressing denunciation of the embezzlement of humanitarian aid, which has been perpetrated for 40 years by Algerian officials in connivance with the Polisario to the detriment of the population living in harsh conditions in the Tindouf camps.

The article, entitled “humanitarian aid: millions of Euros embezzled,” makes reference to a recently disclosed report by the EU’s anti-fraud office (OLAF), which directly blames Algeria and the Polisario for the diversion of funds and aid that is sent to the Tindouf camps.
“Algeria conducts a selection of the items that will reach the camps and those that will be diverted,” denounces the paper.

This humanitarian aid has been diverted starting from the port of Oran, while a second embezzlement phase takes place on the road to Tindouf, writes the paper.

The Polisario and Algeria are also involved in defrauding donors whom they ask for more assistance although the reserves of aid embezzlers are full and away from any sort of auditing, notes La Libre Belgique.

The Belgian daily adds that good quality food stuff is often replaced by a lower quality one before being sent to Tindouf.

Regarding the harsh human conditions prevailing in the camps, the paper deplores that prisoners of war are used as a source of free labor to build facilities funded by international aid.

The OLAF report which was disclosed last week, documents a range of fraudulent practices, abuse, and dysfunctions relating to humanitarian aid sent to Tindouf camps and points out that this embezzlement is a profitable business notably for Algerian officials including members of the Algerian intelligence services (DRS) and the Polisario officials.