Rabat - Morocco condemned, on Monday, the terrorist attacks that hit the Danish capital this past Saturday and expressed its solidarity with Denmark. 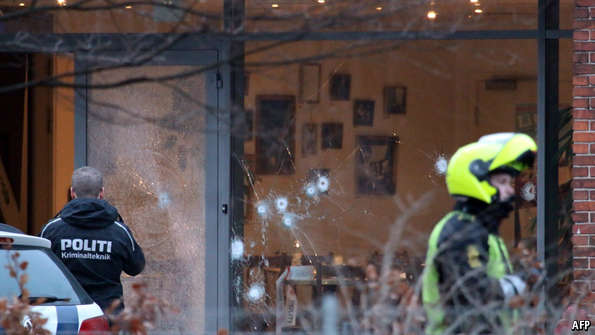 Rabat – Morocco condemned, on Monday, the terrorist attacks that hit the Danish capital this past Saturday and expressed its solidarity with Denmark.

The terrorist act, which targeted a cultural center and synagogue claimed the lives of two people and injured four.

“Following the armed attack that targeted on Saturday, Feb. 14, 2015, a cultural center and a synagogue in the Danish capital, killing two and injuring four, the Kingdom of Morocco expresses its condemnation of this terrorist act, extends its condolences and compassion to the families of the two victims and wishes swift recovery to the wounded, while expressing its solidarity with the Kingdom, government and people of Denmark,” said a statement by the ministry of foreign affairs.

“The Kingdom of Morocco reiterates its rejection of all forms of terrorism and acts of violence linked to religious extremism, regardless of the motives and parties behind them, and calls again for the need to avoid stirring tensions about tolerant heavenly religions, offending religious beliefs and despising prophets and messengers,” it concluded.