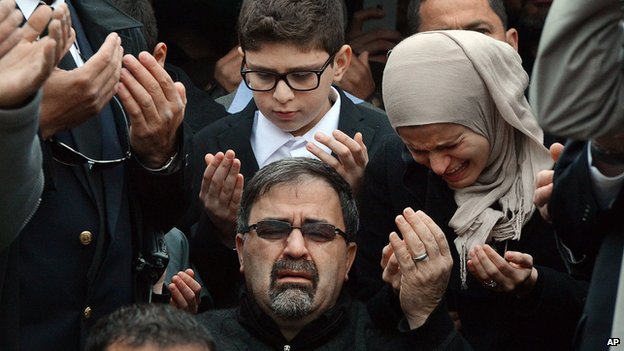 They call for the same condemnation. A human being is a human being wherever she or he is. A victim is a victim whatever her or his nationality or religion. They all deserve the same care and the same respect. Discriminating against them for whatever reason will be a cause of distress and a potential reason for confrontation.

When it comes to how the media addresses them, however, political, ideological and economic agendas influence both discourse and treatment. Coverage of acts of a similar nature vary depending on where they take place, who they concern, and who they involve. Word choice, metaphors, and the symbolic discourse are carefully and purposefully chosen to convey certain attitudes, rouse passions, and justify behaviors.

A man whose hate for religion is well known shoots three young Muslims in their home, and many major media sources do not even mention the event. Those who do qualify it as a crime deem it worthy only in brief news articles and claim it to be the consequence of a quarrel over a parking spot. No candlelight services, no flowers, no mass demonstrations, no speeches of leading political figures, and no one is asked to apologize. President Obama made a written statement. However, his statement was not widely published. The criminal is a citizen of the United States of America, and the crime scene is an apartment in a nice housing area close to a major campus in North Carolina. What does this demonstrate? 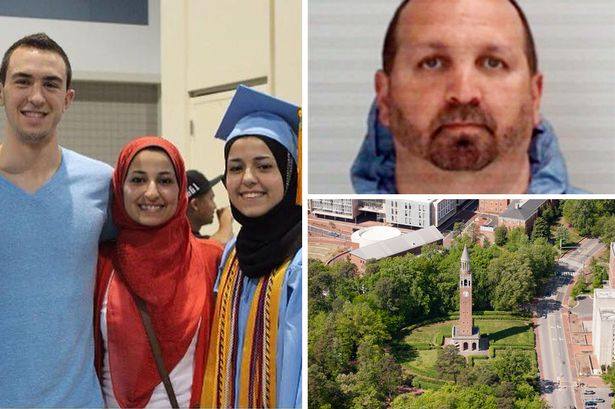 A 22-year-old gunman shoots and kills innocent people in Copenhagen last Saturday and the crime is immediately linked to previous ones in Paris. Suddenly, world media and international organizations are mobilized. Experts are invited to analyze and speak about the tragedy. Heads of states and governments and human rights NGOs join in the pain of the nation and of the families of the victims. There is no doubt that the crime is one of hatred and a religious nature. Statements from various political organizations express concern for world stability and alert the community to the threat of Islamophobia. The name of the criminal is Omar, and apparently that is enough to disclose all that is needed about his identity and to confirm the nature of his act: that it pertained to his religion.

Criminal acts are reported in Copenhagen and the name of the perpetrator reveals his religion. The name disclosed, Omar, confirms he is Muslim.

Twenty-one Egyptians were held hostage in Libya for several weeks. World media sources hardly mentioned them until they were killed by their kidnappers. The world is shocked but the coverage is much less intensive and maintained than it has been for others of other nationalities. No one knows their names, and three days after the crime, no Western television channel runs any programs on who they were, what they were doing in Libya, or anything regarding their families. Not one candle was lit in a Western capital city. The third day after the crime, there was no more mention of the whole story, while the Paris events remained breaking news for weeks. 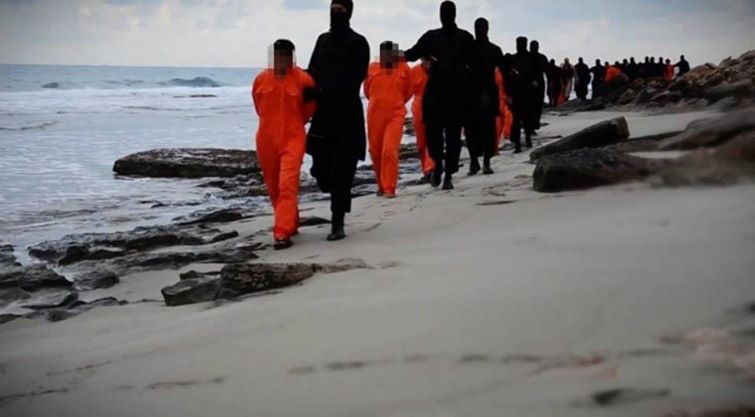 A heinous and uncivil crime is committed against the peaceful dead in a cemetery in France: a Jewish graveyard is spoiled by a group of youngsters, but neither their names nor their religion is released. They are not relevant for the news because they are not Arab or Muslim. Had they been, their names, pictures and Arab and Muslim identities would have been hammered for days. They are referred to as boys and adolescents who did not take the measure of their act, and we are told that they were not aware that their act was a crime of profanation. In no instance has the media or the French official spokesmen referred to them as terrorists. As of now, their religion has never been mentioned.

The Israeli Prime Minister calls upon French and Danish communities to immigrate to Israel, which he defines as their historic nation. He claims that they are not safe in Europe, which is unable or unwilling to protect its Jews. The implication is clear: Europe is an accomplice of anti-Semitism. The intention is also just as clear: A feeling of guilt has to be cultivated. He aimed well and drove the message in the center of the nerve. Europe reacts immediately, declaring increased protection for its Jews and threatening war to enemies it cannot even define with precision.

As far as I am concerned, anti-Semitism, the 9/11 events, as well as the Paris and the Copenhagen tragedies should be on the news every day and around the clock for the rest of history. But so needs to be the shooting in North Carolina and the daily killings of innocent children, women and men in Syria, Iraq, Yemen, Nigeria, and Afghanistan regardless of who is doing the shooting, the profanation of the living in Palestine, Myanmar, the Central African Republic, and wherever else humans are persecuted because of who they are, their religion, the color of their skin, or their language. Just as terrorism is the same everywhere, the victims are all equal human beings and deserve equal concern.

I believe that indepth, impartial, and disciplined analyses should be conducted to explore the causes of these tragedies. Objective sociologists, psychologists, political scientists and religious studies experts from all over the world and from all schools of thought should be invited to exchange thoughts and research online, unedited, so that people have firsthand, unbiased knowledge of these events.

I use the word “objective” in an attempt to eliminate pseudo and fake experts coming to promote political and ideological agendas, most of which are rooted in as much hatred and bigotry as any of killers they judge and condemn. I use the terms ““from all over the world and all schools of thought” because what I have seen is the same arguments cloned and put into different mouths whose sole aim is to push for the same solutions.

The most severe intellectual and ideological divides and contradictions that set nations against each other are the work of a small number of media sources that dominate the communication scene in the world. Likewise, the most dangerous feelings of animosity between groups of people are nurtured and cultivated by the media—when they would not have not created where they did not exist.

Whether they act intentionally or unintentionally, knowingly or out of ignorance, media that treats people and their suffering unequally or speaks about them with disrespect, scorn and mistrust—because of who they are and where they come from—contributes to feelings of uneasiness, discomfort and bellicosity among peoples.

When the media learns to bring people together to discuss their beliefs and differences with respect and the intention to promote mutual understanding, peaceful coexistence, acceptance of otherness, and brotherly attitudes, many of the problems ailing the world could be tamed and overcome.