Toronto- In a recent New York Times Op-Ed, Turkish academic Mustafa Akyol attributed Islam’s rise of intolerance to its inherent propensity to stifle dissent. He prescribes what can be summed up as the need for a modern-day Muslim John Locke of sorts, in reference to the English Enlightenment philosopher. 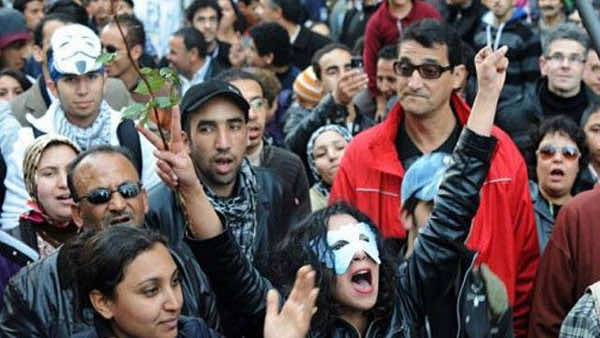 Toronto- In a recent New York Times Op-Ed, Turkish academic Mustafa Akyol attributed Islam’s rise of intolerance to its inherent propensity to stifle dissent. He prescribes what can be summed up as the need for a modern-day Muslim John Locke of sorts, in reference to the English Enlightenment philosopher.

The argument is that intolerance is not new, because Europe had had its fair share of burnings at the stake and other forms of hideous corporal punishment, reserved by the clergy-state for those accused of heresy and blasphemy, all in the name of God. John Locke predicated his theory on fighting intolerance with religious reforms, which were started a century earlier by Martin Luther.

Applied to the contemporary Middle East, in light of the horrific images reminiscent of medieval times some centuries ago, the theory postulates that since the age-old argument of “whose-side-God-is-on” is unwinnable by its unempirical nature. The only way forward is to delegate the task of dealing with religious dissent to God on Judgment Day.

At first, it is hard to argue with the sensible need for a moderate interpretation of Islam to counter those who do not share its views. Case in point is that believers are clearly advised in the Quran to not argue with the People of the Book, unless it is done in a better way.

In contrast, in an effort to legitimise their modus operandi, extremists often invoke other verses of the Quran, which are more militant than those that are conciliatory. Not surprisingly, some Westerners view Islam and Muslims with suspicion, albeit subtly at times. Moderate Muslims find themselves with the awkward task to comment, decipher, and denounce the irrational actions of the vast minority of extremists with whom they happen to share a faith. It is quite a formidable task!

Undeniably, there is a religious element that attracts extremists to a common cause, however injudicious it may be, but extremism is largely inspired by the socio-economic ills of the Middle East and North Africa. Political Islam may be the vehicle for extremism, but there are drivers at the wheel: specifically, the democratic deficit and lack of economic participation for the disenfranchised majority.

To view the rise of extremism solely from a theo-ideological perspective amounts to focusing on the tree that hides the forest. Worse yet, covering legitimate economic and political grievances with the cloak of fanaticism may exacerbate the issue.

With a few exceptions, no country in the MENA region can stand the test of democracy. Democracy goes beyond votes and ballots, for these are in no short supply in the region. A genuine democratic exercise demands more than aesthetics. It is in essence an orderly transition of individuals in power to ensure the stability of its institutions. The irony is that the Mubaraks, the Kaddafis, the Assads, and others believed the opposite. They thought that only a strong man at the top could achieve security, preferably one that served for life their male descendants waiting in line.

Needless to say, democratic transition should invariably bring about economic participation for those at the bottom. As the recent tragic events in France have shown, democracy without economic opportunity is not immune to extremism. In fact, it is unlikely for one to fall prey to extremist propaganda when one makes a decent living, supports their family, and enjoys the benefits of inclusion and citizenship. It is also no coincidence that almost all of the radicalized youth, with a few exceptions, come from modest economic backgrounds. That being said, building few more mosques or retraining few imams on de-radicalization will temporarily halt the frail-minded from joining the ranks of terror. It would also be wise to invest in new schools and new factories.

For those that benefit the most from the status quo, it is easier to label the ongoing “civilizational clash” as an ideological war with biblical proportions. But the reality on the ground indicates that the root causes are economic and power-related. No teenager wakes-up in the neighborhoods of Cairo, Casablanca, Benghazi, or Baghdad with the lofty idea of reconquering Spain or Jerusalem. They all strive to get a decent education to help themselves, in the hopes of becoming full members of their respective societies.

For those unable to achieve such a break in life, some will go on soul-searching and doubting themselves. As a result, they will lose hope, and cognitive dissonance takes over. In other words, because they have tried so hard to achieve a dignified living to no avail, they start conditioning themselves to forgo some of their perceived luxuries in life, namely having a job and raising a family of their own. Austere environments produce austere ideas. Religion, with its talk of rewards in the afterlife for the most devout, becomes a sort of refuge to those who have failed in their earthly endeavours. It is then and only then that the adopted discourse morphs into violence against those in power, be it economic or political, both within national borders and internationally.

Certainly, a Lockean-inspired Muslim school of thought will help deliver part of the solution, as we can all benefit from the tolerance religion. But it was none other than John Locke himself who conditioned the success of the social contract by the consent of the governed to their government.
The West has a major role to play in counterterrorism and fighting extremist ideologies. The use of force might win battles, but winning the war for the people’s hearts and minds requires some courageous thinking: explicitly, the promotion of genuine democracy. Not too long ago, undemocratic regimes in the region were propped by the idea that realpolitik of security and stability superseded the principles of democracy and its potential volatility. The Arab Spring has shown that strategy to have been costly and messy at best.

Beyond theorizing, my personal experiences inform me that the Middle-East youth are not against the way of life of others. They would rather have a way in life of their own!