Ifrane - My name is Kenza, and I was born in Belgium in 1983. Morocco is the country that witnessed the birth of my ancestors. Today, I am proud to say that I am Belgian of Moroccan descent from the region of Rif, Muslim but above all a human being infused by several cultures and experiences in the world. All this has made me what I am today. 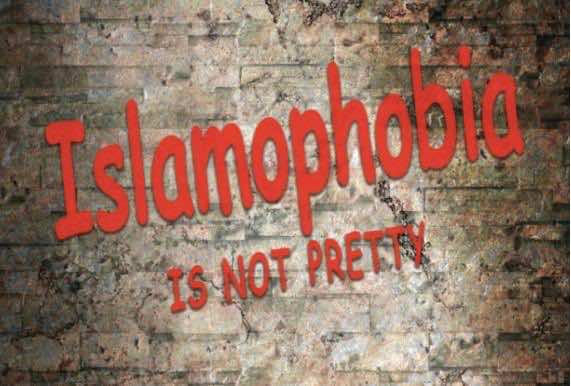 By
Kenza Isnasni
-
Kenza Isnasni is a Master student at Al Akhawayn University of Ifrane in International Relations and Diplomacy with a concentration in Peace and Conflicts Studies.
Feb 19, 2015
Spread the love

Ifrane – My name is Kenza, and I was born in Belgium in 1983. Morocco is the country that witnessed the birth of my ancestors. Today, I am proud to say that I am Belgian of Moroccan descent from the region of Rif, Muslim but above all a human being infused by several cultures and experiences in the world. All this has made me what I am today.

I grew up in Brussels in a loving family. I was educated according to the set of values that Islam stands for. We lived in humility, modesty, simplicity, love and respect for others. I grew up in Brussels, where I grew as a citizen, where I evolved amidst a culturally rich society full of colors.

When I was a child, I used to ask a lot of questions. I was very curious to discover everything around me. When I was a child I dreamed of being an adult with a job that would allow me the necessary resources to help those in need around the world. When I was a child, I had a small diary in which I wrote down all the things I would do when I grew up so I wouldn’t forget them. When I was a child, my little room was my world, my world where I was creating, and imagining all the ideas I wanted to realize when I got older. I lived my childhood with the deep feeling that I would always be surrounded by my family, that they would always protect me, love me and then I would be able to straighten my own wings and fly.

Unfortunately, the environment in which I was living peacefully has rapidly deteriorated. The relationships between people have become very tense and confrontational. The impact of the attack on the World Trade Center in the United States in 2001 has quickly spread to Europe. Then it was the rise of the right wing extremism and Islamophobia. Nearly all Muslims were beginning to be considered potential terrorists. This climate of tension had reached its peak.

This climate of hatred and violence took away the most precious thing I had in this world. On May 7, 2002 my parents were murdered by a man driven by hatred and rejection of the other. My parents were killed around 4am while praying the dawn prayer. The murderer also fired several bullets at my little brothers, Yassine and Walid, who were only 6 years and 11 years old at that time. They were heavily injured but were able to survive the carnage.

The murderer decided to end the lives of my whole family. He had decided we did not have the right to live. This man brutally destroyed my family. There was no doubt that it was indeed a hate crime. This man attacked us because he thought that we were not the right color, not the right religion, not the right culture. After this, the killer committed suicide in the flames of a fire that he started. I escaped death as he also set fire to my room. I was saved by my neighbor Gérard Buyk. He will always be my hero.

May 7, 2002 was the most horrible day of my life. That day I was devastated by a sadness that I thought is insuperable. I was only 18 years old and suddenly I became an orphan. I was deprived forever of the love and affection of my parents. After such a tragedy, many questions invaded my mind. How could I have a normal life after such a shock? How could I continue to live in a world without the presence of my parents? How is it possible to overcome such a tragedy?

And I prayed to God with all my strength, for I believe that there is the possibility of a world where we are not doomed to live in violence, I believe that peace can be a reality if all of us contribute to this vision together.

In the years that followed the death of my parents, I tried to find a place for myself in the natural order of the world. I tried to think about what will make sense to me. I was convinced that I have undertaken a fight to honor the memory of my parents. I felt I had the responsibility to impart the story of my family to the world.

I wanted to let the world know that my parents had once existed among us and that they had also contributed to a righteous and tolerant society. I fought for the memory of my parents so that a tragedy like this would never happen again. I fought with all my strength for this tragedy to become a lesson.

I had to face a lot of disappointment, but I also found a lot of love, brotherhood, learned life lessons, and voiced and received solidarity. I learned to be humble towards life, to give it meaning. I conducted several humanitarian trips because I was in search of truth. I wanted to understand how all these conflicts occur in the world, how someone can take a gun and fire at another human being. I let myself be guided towards what makes sense to me. My commitment to Palestine taught me the best lesson in my life. I went to Palestine to be close to their suffering and finally understand my own suffering. Palestinians taught me to remain dignified despite the suffering and pain. I owe a lot to this country because it made me feel stronger and more determined in my commitment to a better world.

I also realized that it will take time to find answers to my questions, and above all that I have to keep fighting to one-day find inner peace. I’ve understood that I will have to face moments of doubt and discouragement, but I never gave up, and I will never give up, to bring the truth, to bring this true message of hope that unites us all together. It may be unrealistic for many people because we are still facing and will always face a lot of violence. But if I chose not to give up, it’s not only to resist but also to realize that no one is immune from such tragedy. It is unbearable to see the indifference and silence towards racism and violence that continues to make the headlines. Today, if I chose not to sink into hatred, it is because I am convinced that it is only through love, compassion and respect that we can make peace the day-to-day currency of humanity.

Gandhi said, “be the change you want to see in the world”. This sentence has resonated a lot in my mind. I came back to myself, to what makes me a human being, to strengthen my convictions and share them with the rest of the world. I kept sticking to my faith, my religion and the values of peace and love that they represent. It is thanks to this that I could find inner peace. When you feel that spiritual energy, you are no longer afraid. All the reasons you have to be afraid just fade away. This is my relationship to my religion. This is the true meaning of Islam.

Today it is important to communicate, to realize that what unites us all is our humanity. We must learn to be able to accept ourselves and each other as we are, with our differences, our values. This is the message through which I live.

My soul is terribly saddened when I see hate crimes continue to occur and Islamophobia on the rise. I have special thoughts for Deah Barakat, Yusor and Razan Abu-Salha, the three young American Muslims killed in North Carolina. I was speechless, in shock, for several days after that terrible event. All the images of the tragedy experienced in my family filled my head. I felt like I was reliving that day over and over again, when the murderer entered our apartment to kill my parents. This simply means that such events can happen to anyone. This means that no one is immune from such a tragedy. The facts are here. It is for this reason that everyone is responsible. Whether it is a mosque, a church or a synagogue that is targeted, we should condemn all such acts with equal severity.

Today, I share my experience because I am sure that we all have a role to play. I’m sure that all of us can help to build the world in which I believe, to build a world where respect, solidarity, and brotherhood represent the true values that bind us all.

Today I am a woman, but I succeeded in becoming that little girl who I was before. I just wanted to find that innocence again, that childlike state of wonder toward the beautiful things that life offers.  I was worried that fear and sadness would fill the rest of my days. My parents are always in my prayers and in my actions. I will honor their memory for the rest of my days.