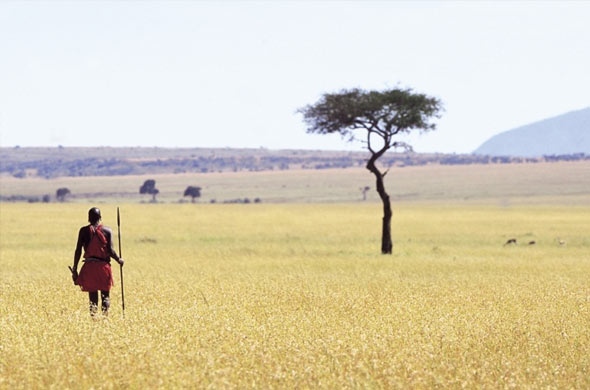 New York- African hunting safaris provide an exciting challenge for the seasoned hunter, as well as an excellent way to see this amazing continent. Many people dream of hunting Africa’s Big Five – the Cape buffalo, elephant, leopard, lion, and rhinoceros – as well as the crocodile and the hippo. While these dangerous animal hunts offer a tremendous opportunity to test your skills, they are not right for everyone. A hunting broker like Discount African Hunts can match you with a hunting safari that meets your budget, hunting skill, and interests. However, some people shy away from African hunting safaris because of erroneous beliefs about them.

Here is the truth behind 5 common hunting safari myths.

1. It is too expensive

While it is true that hunting certain Big Five animals in the wild requires special permits that can greatly increase the cost, African hunting safaris in general are not much more expensive than American hunts. The biggest cost is usually airfare, while lodging and guides are surprisingly inexpensive for most African hunts. To keep costs down when hunting exotic game, consider choosing a hunt that is conducted on a large game ranch. Also, collecting airline miles can dramatically reduce the price of your airfare.

2. Africa is unsafe due to political unrest

Like anywhere else, Africa is not immune to the violence that can arise from political unrest. However, these problems are generally confined to the major cities. While on a hunting safari, you will be out in remote bush locations with fellow hunters and guides. Take the same precautions that you would in any big city when traveling to and from the airport, but odds of your falling victim to violent crime during a hunting safari are exceedingly low.

3. I will catch a disease while in Africa

The recent Ebola outbreak caused thousands of travelers to cancel their plans for an African safari, yet the outbreak never reached the countries where safaris are located. Entirely free from that disease, those countries’ economies suffered terribly from travelers’ ignorance and fear. Beyond Ebola, however, many people worry that they will catch something while on safari in Africa.

In fact, in most cases, nothing more than routine vaccinations is required to travel on safari in Africa. Taking precautions against mosquito bites will also help you prevent mosquito-borne illnesses such as malaria. Many safaris are conducted in areas that are malaria free. If you are traveling to an area where malaria is prevalent, you might be given a course of preventive medication. Always consult with your doctor at least six weeks prior to your trip to receive the preventive care that is right for you.

4. You must rough it to truly experience Africa

African hunting safaris run the gamut in convenience and levels of accommodations. If you really want to sleep in a tent, you can. If you prefer all the comforts of a nice hotel, however, they are surprisingly reasonably priced. You can live in luxury, complete with gourmet meals, throughout your experience.

This is an incredibly common myth, and it likely stems from a basic misunderstanding of exactly how high fence hunting works. In South Africa, the vast majority of hunting is high fenced, especially if you want to hunt more exotic game. However, it is far from a canned hunt.
Fenced South African hunting grounds are typically many thousands of acres in size. The terrain is generally filled with hills and cover that give the animals the advantage. What the fences do is allow better control of the animal population and the quality of the available game. By keeping both poachers and predators out, while keeping healthy, captive-raised animals in, the fences ensure a high density of game of predictable sizes.

While high fence hunting might give less skilled hunters a slightly higher chance of bagging something, it by no means diminishes the thrill of the chase. Even highly experienced hunters find that in an area of that size, the fences make virtually no difference at all.

Designed for Americans by an American, Discount African Hunts helps remove some of the fear and guesswork associated with traveling to Africa for a hunting safari. Manager John Martins is an avid African trophy hunter, having taken more than a dozen discounted hunting safaris in the past three years alone. He has bagged three of the Big Five, and more than 40 of Africa’s trophy species. He understands the needs and concerns of Americans hunting in Africa, and can prepare you for what to expect.