Tunis - 26 years have passed since the Maghreb Union was announced, but in reality, no union was built. 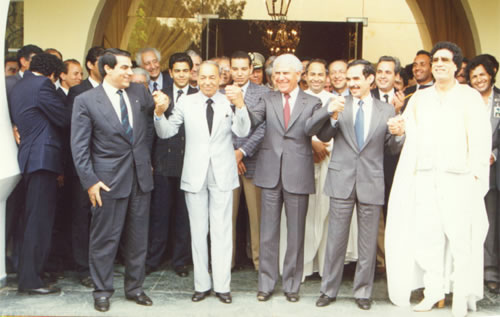 Tunis – 26 years have passed since the Maghreb Union was announced, but in reality, no union was built.

Many young people have considered this thorny issue and have worked on various projects to change its inert status. These projects, which especially link Morocco and Tunisia, appear to be rather original: they relate to Moroccan Caftan and the dialogue between “Kippa and the Veil.”

The 26th anniversary of the Arab Maghreb Union (AMU), which was celebrated on Tuesday, February 17, reminds us that it is still an idea fraught with pitfalls. However, as it is commonly said, it is never too late to start. 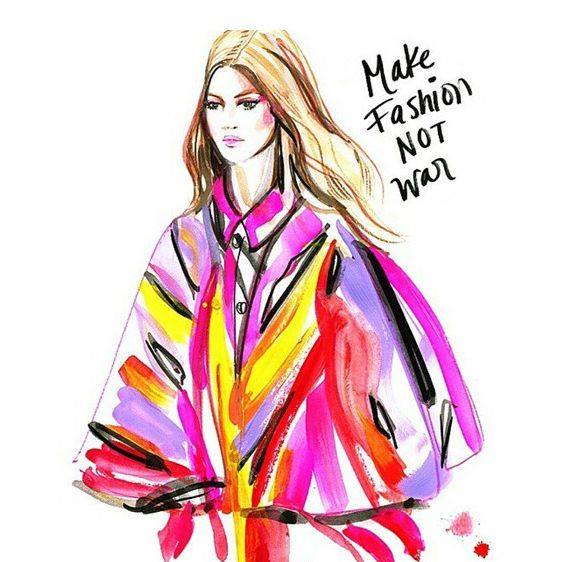 After conducting exploratory research in Tunisia in June 2014, young Moroccan Sanae Malak discovered the great love Tunisians have for Morocco, especially for the caftan, which is actually a kind of robe commonly used for one piece dress. In fact, Tunisian call the caftan a takshita, which is composed of two or more pieces plus a belt. These tunics can be worn on formal occasions in Morocco. So she developed the project “Sanae Stylism,” to sell Moroccan caftans to Tunisians and organize meetings on fashion design in both countries.

Travelling through Tunis, Bizerte, Sousse, and Hammamet last summer, Sanae conducted semi-structured interviews with Tunisian women aged 20 to 50 years to discover their motivations and the fashion trends in the country, and especially to market caftans in Tunisia.

In Morocco, Sanae decided to return to university and completely changed her field of study in order to use her project to help achieve the Maghreb Union. “The role of young people and especially women in the Maghreb is too important. Politics do not interest all women, as opposed to elegance and fashion,” said Sanae. “The caftan could be a good marketing tool to unify these people by multiplying visits between these countries. Citizens will encourage ‘inter-tourism’ and contribute to the multiplication of exchanges and discussions on the Maghreb Union,” she added.

The young woman, who is 25 years old, began studying fashion design last October at College Lassalle in Casablanca, in order to gain academic experience after she obtained a master’s degree in Tourism Management in Rabat and a Master’s in administration and business management in Tangier.

“Before I get married, I want to buy a Moroccan caftan from Morocco, because in Tunisia, some sellers take advantage of our ignorance of the price/quality ratio. Through these projects, we can even develop economic and cultural exchanges and launch the debate on the Maghreb Union,”explained Amal Hosni, a Tunisian journalist, adding that the increase in airfare between the two countries is the first barrier to this type of exchange.

Kippa and the veil

Since the agreement of 1989, the Arab Maghreb Union (AMU) has been a controversial project, an organization that had been “created” without being actually created. Many obstacles to unification exist. For example, the fact that the word “Arab” is included in the organization’s name has been very controversial. What about Amazigh and Kabyles, some researchers have asked? The term “Arab” has caused much semantic confusion regarding the identity of North Africans.

Each country in North Africa has its own concerns over the identiy of its people. In this context, the owner and director of the International Cross-Cultural Committee in Japan Armand Knafo told us before he died on February 17th 2015 that he wished all Moroccans around the world would unite, regardless of race or religion, for a multicultural Morocco. “As a Moroccan and an Israeli, I wish that black and white, Arab and Amazigh, and especially Jews and Muslims unite,” said Knafo.

The preamble to the newly revised Moroccan Constitution of 2011 is the only one in the Maghreb that highlights the diversity of its people. It reads: “Morocco intends to preserve, in its plentitude and its diversity, its one and indivisible national identity. Its unity is forged by the convergence of its Arab-Islamic, Berber [Amazigh] and Saharan components, nourished and enriched by its African, Andalusian, Hebraic and Mediterranean influences.” All Maghreb countries should call their citizens by their nationalities, not by their religions, before thinking of a Maghreb union.

Thus, Maghreb union implies two sub-unions: an “internal” union by valorizing nations’ diversity, especially through media (like Amazigh TV channels in Morocco or Community media in Tunisia and why not media to promote inter-religious dialogue and another union with neighbors, via informal and formal ways, such as creating Maghrebian summits on political, economic, cultural and social levels.