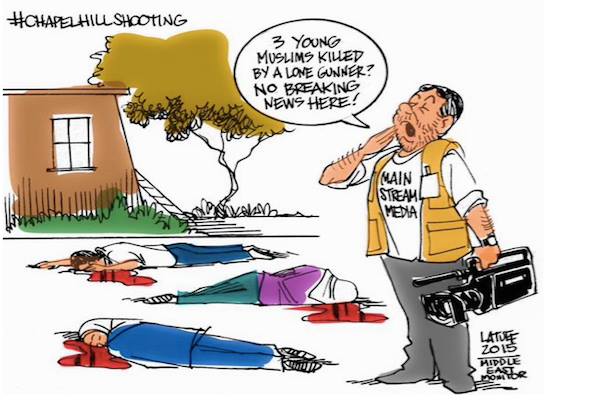 Tangier – A month ago, the world came together in support of the French following the shooting that targeted the satirical weekly magazine Charlie Hebdo. World leaders condemned the shooting labeling it as a “terrorist act,” foreshadowing another wave of Islamophobia since the main suspects, Cherif and Said Kouachi, were of Islamic backgrounds. There was even a march in Paris, where leaders, activists, lawyers, writers, and French citizens walked in solidarity with the families of the victims.

The media meticulously covered the shooting and the aftermath while highlighting—exaggerating, rather— the religious background of the shooters. The media discourse produced was such that there would be no room for speculating the nature of the shooting; it was determined, point-blank, Islamic terrorism. Social media too had its fair share in propagating this view; websites like Facebook and Twitter were inundated with posts and tweets in support of the French magazine. The whole world was #CharlieHebdo. 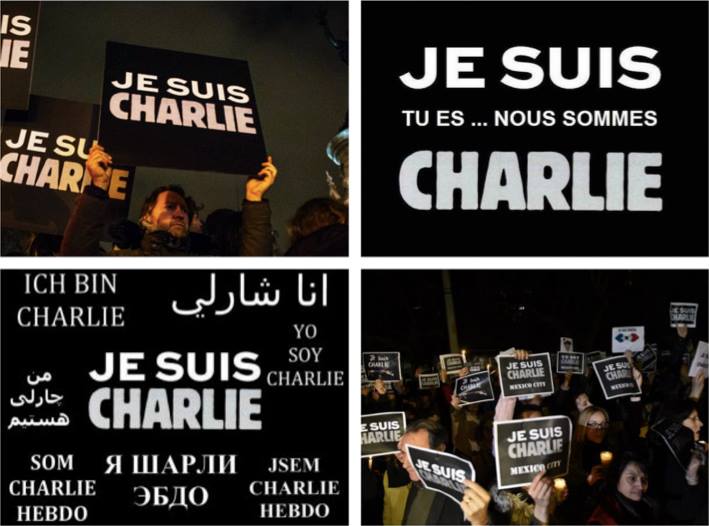 In response to the shooting, the European Union declared a “war on terror” that left the Muslims of Europe frightful of pending Islamophobic violence. Europe is no longer a safe place for Muslims as it has turned into mayhem of hostility and violence against Muslims. Hostility today ranges from verbal insults to knife attacks and setting mosques ablaze.

A short month later, three Muslim students were killed near Chapel Hill by a man known for his contempt towards Muslims. Shockingly, this shooting did not receive the same world attention as the Charlie Hebdo scene despite the many similarities between the two. Both were hate crimes of demonstrations of extremism. 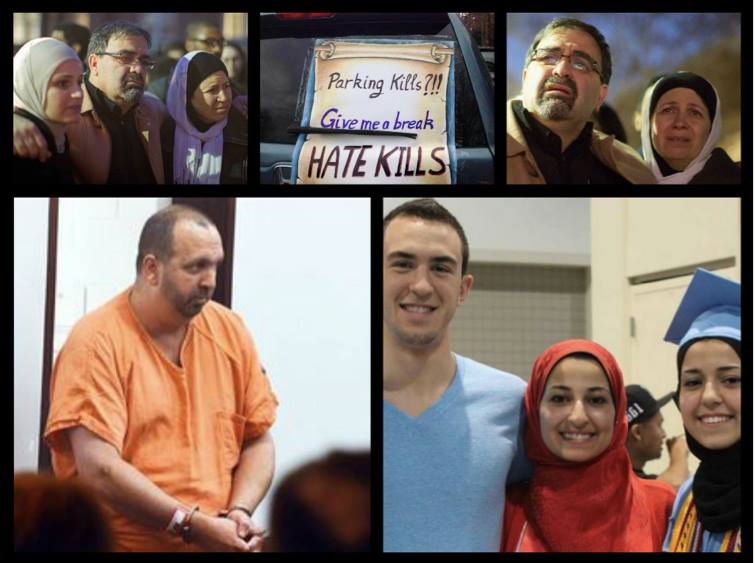 It seems that the West only cites background and ideological affiliation when predators are Muslims and the victims are non-Muslims. In such scenarios, in which the predator is non-Muslim, the killer is usually announced as a mentally unstable individual with no ideology whatsoever and no relations with any radical-thinking group. The Chapel Hill shooting is no exception. This time however, the media trivialized the shooting to an unprecedented level. It stated that three Muslim students were murdered—execution-style—as a result of “a long-simmering dispute over parking in their neighborhood, just off the University of North Carolina campus.”[1]

Compared to Charlie Hebdo shooting, it took the U.S. government a longer time to condemn the Chapel Hill shooting. On the one hand, President Obama was the among the first leaders to comdemn the ‘terrorist’ attack in Paris.I n a statement released by the White House on January 7th 2015, Obama said:

On the other hand, even though the Chapel Hill shooting is an internal matter, it took the White House three days to release a statement:

Yesterday, the FBI opened an inquiry into the brutal and outrageous murders of Yusor Mohammad Abu-Salha, Deah Shaddy Barakat, and Razan Mohammad Abu-Salha in Chapel Hill, North Carolina. In addition to the ongoing investigation by local authorities, the FBI is taking steps to determine whether federal laws were violated. No one in the United States of America should ever be targeted because of who they are, what they look like, or how they worship. Michelle and I offer our condolences to the victims’ loved ones. As we saw with the overwhelming presence at the funeral of these young Americans, we are all one American family. Whenever anyone is taken from us before their time, we remember how they lived their lives – and the words of one of the victims should inspire the way we live ours.

Looking carefully at these two press releases, one might see that they are worded differently. Obama “strongly condemn[s]” the Charlie Hebdo shooting, while he only “offer[s] [his] condolences” to the family and friends of the three Muslim students. The President also talked about the Charlie Hebdo killers’ “hateful vision” as opposed to mentioning nothing about Hicks’ contemptuous ideas against Islam. This seems odd given the fact that Hicks does not hide his hatred for Islam—and other religions—as it was a recurrent subject in his Facebook postings. The father of two of the victims even stated that one of his daughters told him about Hicks, describing him as a “hateful neighbor.”

Flashforward to February 15th, a Muslim man killed a Jewish man during a Mitsvah celebration outside the Great Synagogue in Copengahen, Danmark. This shooting was quickly condemned by the European Commission that released a statement stating that “Europe stands united with Denmark in upholding freedom of speech and freedom of expression. We stand against anti-Semitism and all forms of discrimination. Europe will not be intimidated.” It seems that words like terrorism, terrorists, hate crime, and discrimination are only used when a Muslim is behind the gun. 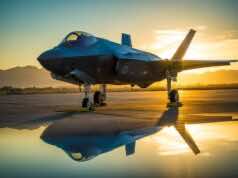