Tangier - She is a woman who taught me the art of the impossible. This is far away from politics; it is more about my personal life. I’m extraordinarily lucky to know her. She is a brave mind who was the first in her classes during high school. Her marks were always shown to her classmates to encourage them. Even her handwriting was used by teachers as an example to other students. 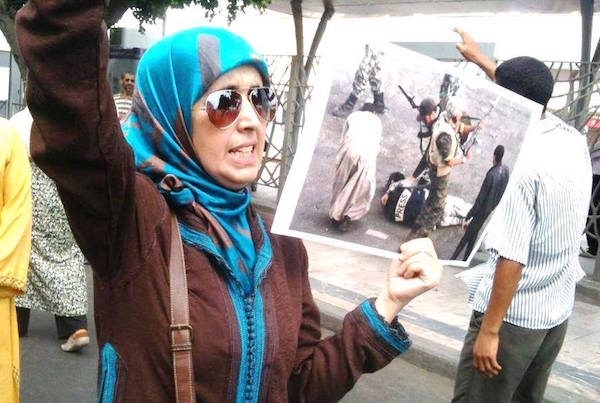 Tangier – She is a woman who taught me the art of the impossible. This is far away from politics; it is more about my personal life. I’m extraordinarily lucky to know her. She is a brave mind who was the first in her classes during high school. Her marks were always shown to her classmates to encourage them. Even her handwriting was used by teachers as an example to other students.

One day, like in any story, everything changed. Before the last year’s final exams, she made a decision she had never considered before. After lots of hard work and preparing for the baccalaureate exam, with a broken heart, the brilliant girl shocked her teachers when she didn’t come on the day of final exams.

Like most girls of her time, she dropped out of school.

Her parents were blindly convinced that extending their family tree would be best for her instead of being intellectually free. This was, and in some cases is still, the ideal life envisioned for most girls: to marry, give birth and take a good care of their family.

Studies? No need to. Work? That’s a man’s job. Participating in society? Being a housewife is the best way to do it. These were the prevailing thoughts and answers to all her questions. The night before she gave her final answer, with wet eyes wide open, she kept pondering whether there was a problem with her mind because she felt she was the only one in her community thinking about the library instead of the kitchen, about reading instead of cooking, and about working before marrying. Besides, having five sisters with the same idea as her parents and the rest of her family made her feel miserably alone. So, she just gave up questioning and going against what was considered the norm.

Half convinced and half lost, she accepted a marriage offer when she was eighteen years old.

Was it a good or bad decision? She doesn’t know.

She still used her cleverness in her daily life. She became a good housewife to her busy husband and a devoted mother of four lovely children. She wholeheartedly helped her man make his dream come and succeed in his career. She helped her children to ambitiously climb the stairs of success and all of them kept getting top grades and receiving several acknowledgments from their teachers. She was there for each one of them yet never forgot to give up on her own little dream. She was doing so well that everything looked fine from the outside. Still, like a wound etched on her heart, there was something gradually cramming inside her chest.

After twenty-three years, her elder daughter was a master’s student, her two sons were in high school, and her little daughter in primary school. After she made sure that none of them needed 24-hour care (breastfeeding, changing diapers, correcting babbling, or standing behind crawling feet), she finally decided to open her closet. 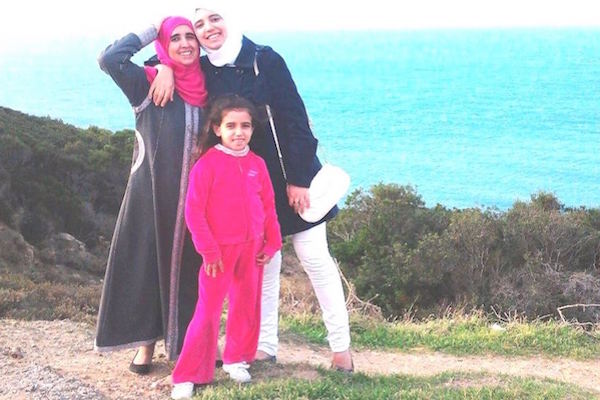 Her husband and I ironically laughed when she told us that she had registered for the baccalaureate exam. A few minutes later, she confirmed that it was no joke. We looked at each other for a while, and she resumed with a confident smile, “I can do it.”

Later on, she was surprised at how much we supported her. Her smiling husband, who had never known where the dish drawer was, devoted some of his time to washing dishes. Her eldest daughter, who had never bothered breaking an egg, learned to cook some Moroccan meals such as tajine and harira (Moroccan soup). Both of her sons, who never knew how to fold their blankets, learned to take care of the family’s laundry: starting with the prep work of separating light-colored clothes from dark ones before loading up the washing machine, until the last stage of ironing them. The little spoiled daughter finally learned to gather her toys whenever she was done playing.

These changes took place in the family because the mother had never accepted the idea of having a stranger taking care of her family. And that is why she used to do it all by herself. They say that housework is something you do that nobody notices until you don’t do it. So when she started getting busy with her studies her family came to realize that they had been seriously underestimating her powers. They discovered that housework is a tiring and boring responsibility that one would never volunteer to do unless there was a tremendously strong reason behind it, such as love.

One day, her eighteen-year-old son commented, “One of the most difficult ‘jobs’ is housework, and that’s for two reasons: first, it is unpaid, and second, you always do the same acts with the same things.”

She raised her eyes to his and answered with a half smile while turning the page of her textbook, “Firstly, it is about for whom you are doing it, and secondly, to whom those things belong, dear.”

To our astonishment and hers, after about twenty years of no formal education, she passed the baccalaureate exam. The following year, she told us that she had registered at the university. This time, our reaction was different. We were so proud of her. After she started classes, she impressed us with her continuous success in every semester.

After three years of hard work as a student, a wife, and a mother of four, she has planned to carry on with her studies till the end. Now she is preparing her B.A. research paper. Yes, even after becoming the wife of a busy man, a devoted mother of four children and being responsible for a big family, she managed to make her dream of getting a higher degree come true.

When I asked her about her future professional plans, her comment to my wondering face was “No matter what, I have a precious pearl: hope.”

I’m super proud of her. The woman in this story is my mother. My dearest mother, Farida Ararou,  is my biggest hope in life.