Istanbul - Moroccan international Noreddin Amrabat could return to Galatasaray at the end of the season, the Turkish press reported Saturday. 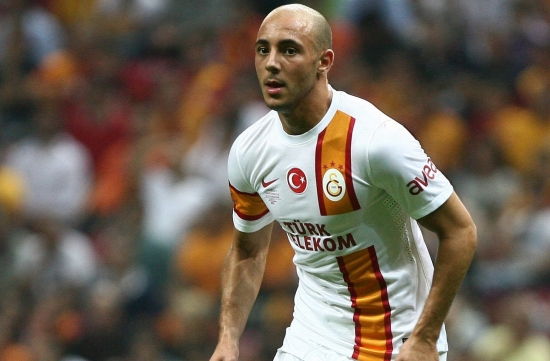 Istanbul – Moroccan international Noreddin Amrabat could return to Galatasaray at the end of the season, the Turkish press reported Saturday.

Amrabat, who played only four games in 2014 with Galatasaray under Italian Roberto Mancini, could join the Istanbul-based club at the end of the season, Turkish newspaper “Yeni Safak” pointed out.

The attacking midfielder, who left Galatasaray SK on a six-month loan at Spanish side Malaga in 2014, returned to the Spanish club on a new one-year loan with a € 3.5 million purchase option.

n the 2012/13 season, Amrabat signed up to Galatasaray SK, where he played an important part in the League and Turkish Super Cup success, taking part in 33 official matches, scoring one goal and assisting in seven. He also participated in 10 UEFA Champions League matches, where he set up three goals.

During this season so far, Amrabat has played four League games, five UEFA Champions League matches, three Cup and one Super Cup game, in which they were proclaimed champions.

Although Nordin Amrabat represented Holland in the team’s youth ranks, he later decided to play for Morocco. He has had 15 caps and scored one goal for his country so far.