Fez - There is no doubt that the scarcity of green areas and the spread of cafes in Moroccan cities is one of the aspects that strike any foreigner who visits Morocco. This phenomenon, which has taken on alarming dimensions, has negative impact on the well-being of Moroccan youth. 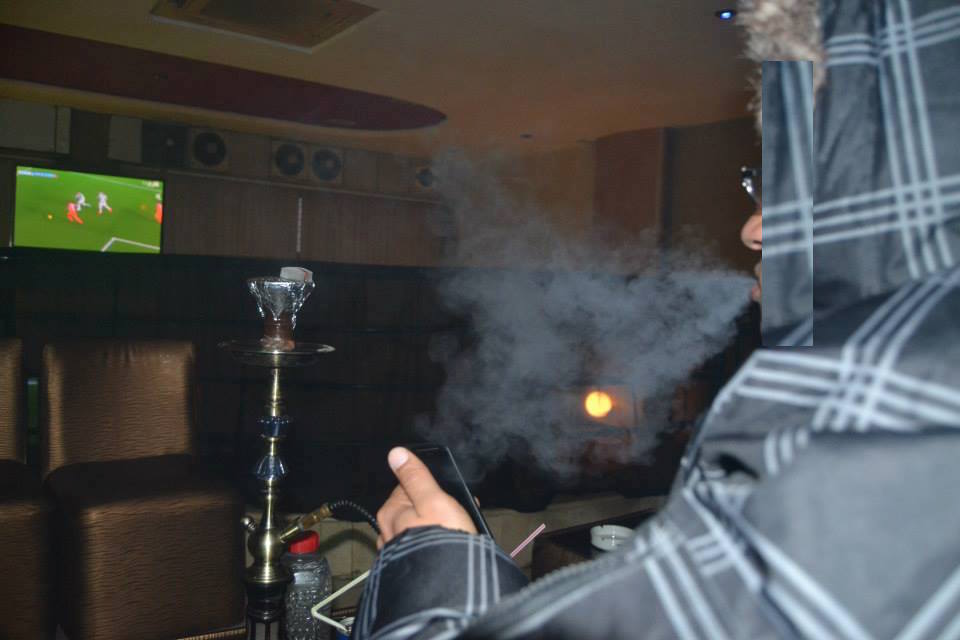 Fez – There is no doubt that the scarcity of green areas and the spread of cafes in Moroccan cities is one of the aspects that strike any foreigner who visits Morocco. This phenomenon, which has taken on alarming dimensions, has negative impact on the well-being of Moroccan youth.

Fez, originally the capital of science and learning in Morocco, has become overcrowded. As a major destination for migrants from outside the city, Fez’s rapid urbanization has seen an influx of people and a decline in its green spaces. The poor urban planning and the negligence of the city municipality have further contributed to the severity of the problem. The city’s empty spaces were sold, and the few existing green spaces suffer from years of lack of maintenance, depriving citizens of their pivotal role in relieving anxiety and embellishing the city’s panoramic view. 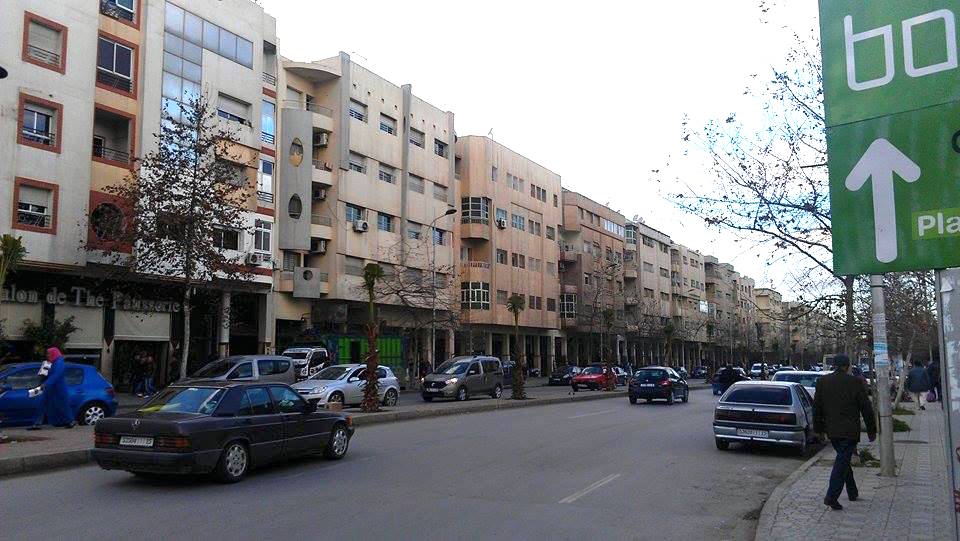 The policy of the municipality, which is oblivious to citizens’ welfare, is short-sighted and allocates little to no resources to maintaining, renewing and constructing new gardens. Massive urbanization has had severe repercussions on citizens who find nowhere to go, like parks for entertainment.

They endure the daily stress of work, study, and transportation and find themselves obliged either to sit in cafes and watch football games on big screens or walk along the crowded polluted streets enduring noise, which causes discomfort. To escape the hustle and bustle, Fassis have to get away from the city. The most common place of refuge for Fassi people is Ifrane, about 65 kilometers from Fez.

In Fez itself, with the exception of the Ain Chkef forest, which is poorly equipped with only a few benches to host visitors, there are no other family-oriented areas to which people can resort. Out of necessity, most middle class families wander through the narrow garden along Hassan II Boulevard to enjoy the view of the fountains and greenery. However, the place is too small to cater to the needs of the huge influx of visitors, who seek relaxation from daily work stress. The lack of green spaces impinges on the psychological wellbeing of the residents, and especially the youth who cannot find ways to unwind.

Football pitches, where teens can practice their favorite sports have nearly vanished from the city. In the past, I used to play football daily with my friends in open spaces like the ones that once existed in Oued Fez, Jnane El Alami, and Sefrou Street. Most of these spaces have either been exploited by big entrepreneurs to set up businesses or used to build blocks of flats. The situation is very frustrating to the youth. Teenagers have to jump over the school walls to gain access to sports grounds where they can practice sports. 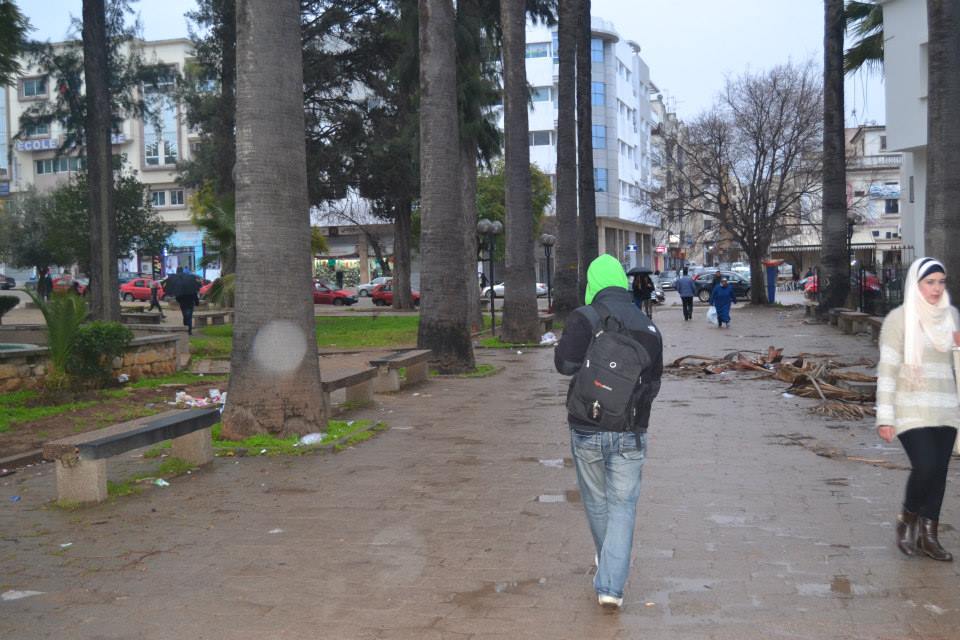 Finding few or no alternatives to expend their extra energy, many teens turn to spending hours in social networks exchanging trivial videos, chatting or aimlessly checking people’s profiles or even sexually harassing their peers.

In Fez, there is a growing epidemic that saps teens’ power, creativity and participation in social political events. This is manifest in the many cafes and hookah places that host minors, adults and prostitutes who consume a variety of hard drugs. The cafes and hookah places operate illegally while the phenomenon is spreading exponentially. The cafes harbor criminals who meet to brag about their criminal records in an atmosphere which is marked by promiscuity. Moreover, because access to those kinds of cafes does not require the presentation of any I.D., many minors access them and imitate adults to become addicted to drugs. 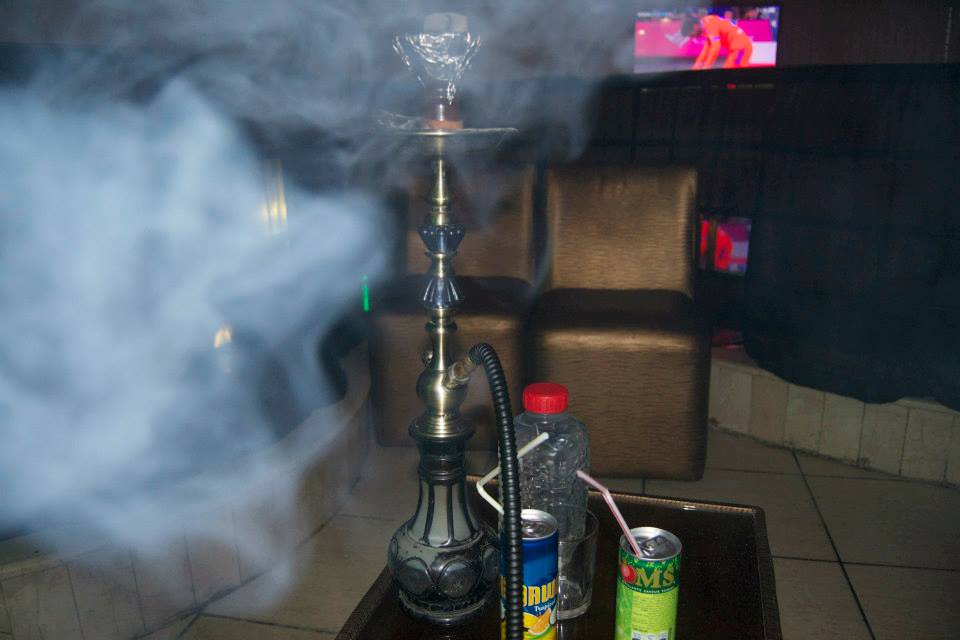 Said a father of two, and a shop owner in the old Medina, told MWN that “these places [houkah cafes] have become a breeding ground of criminality. They represent a threat to the safety of my two little girls because they are frequented by delinquents, under achievers, prostitutes.”

“Even if we try to complain to the authorities, who will listen to our concerns? These kinds of cafes is spreading in residential areas,” he added.

Youssef, 19, a school drop-out, told MWN that he resorts to such cafes in order to take drugs and avoid thinking about his current status as jobless.

“Youth are not taken care of. There is lack of youth development projects that deal with their social problems. Many others suffer from extreme poverty, lack of skills and ambition. These cafes are a sort of escapism,” he said.

The average drug use in Morocco, excluding tobacco, is estimated at between four and five percent of the adult population, which is a minimum of 800,000 users, according to the annual report of the National Observatory of Drugs and Addictions.

The report which also finds that one out of five high school students has already smoked tobacco and one out of ten has used cannabis, recommends the adoption of a nationwide prevention program, as well as laws to ban the selling of tobacco and drugs near schools, and set up counseling and psychological support units in schools and universities.

Drug taking leads youth to think of delinquent ways to earn money. They become easy prey for criminals, conducting themselves in ways that harm individuals and society. As a result, the crime rate in Fez has skyrocketed and many people stop going out for fear of being mugged.