Toronto- I will start with a confession! I am not a monarchist at heart, but I can appreciate the appeal the monarchy offers to some. After all, Canada, which I chose as my adopted country, is a constitutional monarchy. Morocco, my native country, has a similar form of government, at least in its written constitution.Arguably, some constitutional law experts may find this analogy outlandish, but that is another topic for another day. 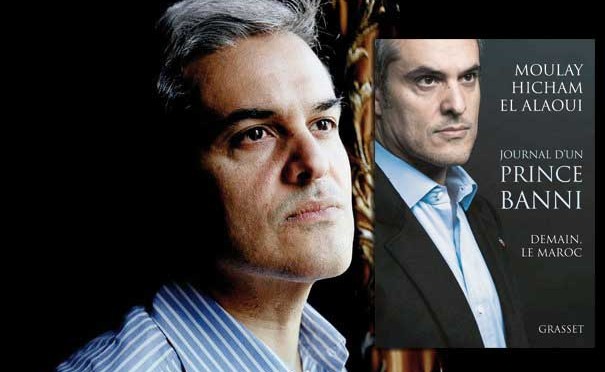 Toronto- I will start with a confession! I am not a monarchist at heart, but I can appreciate the appeal the monarchy offers to some. After all, Canada, which I chose as my adopted country, is a constitutional monarchy. Morocco, my native country, has a similar form of government, at least in its written constitution.Arguably, some constitutional law experts may find this analogy outlandish, but that is another topic for another day.

I have always felt that Morocco hampered its course to emerge as a regional power with “les années de plomb” (The Years of Lead) and the ubiquitous Makhzen. Considering the history and the diverse ethnic makeup of the country, the monarchy has a central role to play as a moral and unifying actor. The caveat is that it must relegate some its powers to keep relevance in the 21ST century.

For many years, I did not closely follow the political trajectory of Prince Hicham, although I had found some of his views to be well intentioned and refreshingly candid. But beyond the platitudes of political talk, I did not delve into his work.

Upon hearing the news of the prince’s new book, ”Journal d’un Prince Banni”, I was pleased, and hoped to gain some insight on the man and his vision. In fact, prior to reading it, I tried to reach out to him through his foundation for some thoughts on Morocco’s national issue, to no avail. It is, therefore, with a favourable opinion that I acquired an e-book copy of the autobiography.

In contrast to some ad hominem criticisms against the prince, primarily the unsubstantiated charge that, being unable to write in the book’s fluid French, he borrowed a “pen for hire”, my own observations focus solely on the contents of the book, as written by its professed author.

Now that I have read the book, I decided to write this essay, which covers four sections: the prince’s formative years, his US exile and Princeton Years, his financial dealings, and his political thoughts. I have no vested interest in any gratuitous critique of the prince, for I think the Kingdom needs urgent genuine reforms beyond the aesthetics. However, I also believe that those who champion the call for change should be held to the same moral standards – if not higher – that they set for those they are seeking to change.

Understandably, this is an autobiography, and as with most life stories, subjectivity can occasionally get in the way. Reading through the pages, my early excitement quickly turned into disappointment. I was hoping for a robust and intellectually mature rendition. But as the chapters progressed, so did the amount of ethical lapses and political inconsistencies. The irony is that the book’s undoing was engineered by its own author, who managed to weaken the very narrative he was trying to promote: namely, the narrative of ethics and good governance.

Greed and Deceit from an Early Age

He confesses that his motive was to “stick-it-to-the-man”, the “man” being King Hassan II at the time. The problem is that the Palace and its limitless resources did not suffer from the prince’s antics. Rather, it was the Moroccan people at large, specifically those who had endured decades under poverty and political oppression.

A case in point was the prince’s complaint about the meager pocket money he was receiving from Hassan II. He deemed 5,000 dirhams ($550) “ridiculously” low in the 1980’s. This is in a context where middle-class families were sheltered, clothed, and fed with less than that amount.

He then embarked on a series of schemes to garnish his “allowance” by selling gas orders issued for the army at a profit on the black market. Additionally, the prince described how he was able to sell sand on a beach he called his own. And that’s not to mention selling fire-wood harvested from surrounding forests, and an elaborate scheme of exclusive repainted used luxury cars sold as brand-new to wealthy buyers.

When land and sea did not satisfy his greed, the prince took it up a notch higher, literally to the skies. To this effect, the palace at the time offered the princes a free trip every year to anywhere in the world. Cleverly, the prince would book plane tickets to the most remote destination on the other side of the planet with a layover in Paris. Once in France, he would then cancel the rest of the ticket and pocket the refund on the unused portion:

«These airline tickets are issued by TAM. All I need is just to ask. I choose the most remote destination but in reality I stop in Paris to claim the refund on the unused portion of the trip» Page :123, Diaries Of A Banned Prince.

Human beings are fallible by nature, notably during their formative years. Some mistakes stick with us for a lifetime, while others dissipate through time. People’s reactions to past mistakes are also different. Common sense dictates a feeling of remorse.

Not so common, however, is to glorify and glamorize these mistakes, particularly when these mistakes affected the public good. I also understand that the prince was working within the confines of “the system”, per se. But instead of expressing remorse, the following words convey the trickster’s contempt in the Greek mythology, in which rules were bent and broken for personal gain:

“It is less an issue of need but more as a new challenge that I intend to take with Hassan II and the” pocket money ” he offers me … In short, we are taught in a vast system of corruption . The king (Hassan II) cannot say anything because it is his own system. He is in it, heart and soul … For me, “trafficking” is just a game of playing gangsters. ” Pages: 123, 124 Diaries Of A Banned Prince.