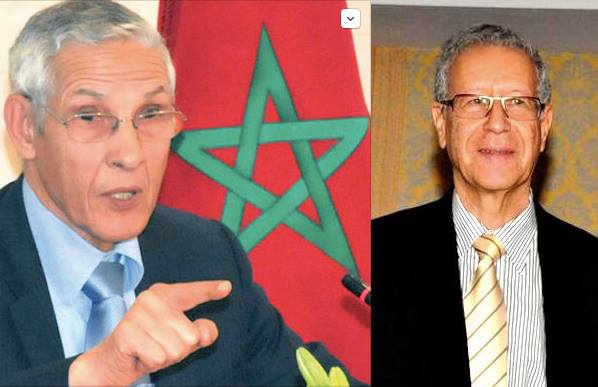 The Moroccan education system has been the subject of debate ever since independence, and has witnessed several serious endeavors to reform the sector.

Though there is much talk about the advancements accomplished up to the present, the system is evidently still lagging behind, and there seems to be no effective, sustainable reform.

Similar to sea tides, Ministers of Education and their reform models–to borrow Jack McDevitt’s metaphor– “come and go with a great deal of fuss and noise, but inevitably they leave the beach just as they found it. On those few occasions when major change does occur, it is rarely a good news.” And we wonder where Moroccan education is rambling?

Taking our cue from many Arab and foreign scholars such as Akkary (2014); Bashshur (2005); El Amine (2005); Mazawi (2010); Sayed (2005); Sergiovanni (2001); Vicente (2015a), (2015b), we observe as complete participants and insider practitioners that the majority of successive reform initiatives implemented in Morocco have been driven by political agendas isolated from the prior concerns of educational workers and schools’ social and cultural contexts.

Educational reform in Morocco has been mostly advanced in the form of large-scale, top-down strategic plans initiated through policies at the national level. There is much skepticism on whether or not these top-down approaches, coupled with a politicized and uncritical adoption of western programs, could enable reforms to accomplish their aims.

It seems that these approaches, practiced since independence, have deeply ingrained, at the grassroots level, a mentality of resignation from the decision-making process. Many local practitioners do not think it’s their responsibility to participate in designing reforms; they rather ascribe this duty to policymakers and national governments. This paternalistic view of change is deeply reflected in the educational system.

Teachers may grow passive, uncritically executing ready-made educational packages without taking initiatives, critical positions, or risks to bring new ideas and question the status quo. What may seriously aggravate the educational crisis is that they may not see any reason why they should jeopardize their careers by being committed advocators of change in their institutions for fear of triggering retributions.

The government initiatives to reform the national curriculum are often uncritically adopted by Moroccan educational institutions with a propagated belief at the grassroots level that these are innovative practices handed down by structures and policies beyond critical evaluation, and they are thus seen as unchangeable. As a result, the normative dimension of teaching, including its values and beliefs, is never scrutinized, especially in higher education.

Teachers’ exaggerated sense of pride, fueled by the cultural schema of honor/shame, is another challenge the system of education encounters, and the hardest barrier to their continuous learning from each other. It is observed that teachers generally find it shameful to acknowledge their mistakes, which is a real obstacle to any efforts of evidence-based self-reflection, assessment, and self-criticism.

In an educational context, there is general agreement that educators should maintain friendly relations, protecting personal feelings at the expense of academic performance. Instead of seeking to develop constructive criticism and action research to achieve goals, practitioners avoid engaging in discussions and evaluations so as not to hurt each other’s pride. Thus, reform initiatives become impulsive and improvised. Their implementation stumbles through the absence of institutionalized processes to ensure an ongoing evaluation to render educational processes effective.

To top it all off, reforms are launched without preparing faculty members to adopt new approaches and paradigms. Many teachers are ill prepared for managing normal duties, let alone the added burdens and tensions that reform initiatives usually bring about. Schoolteachers are also burdened with classroom hours and instructional duties with little time left to engage in inquiry, critical thinking, and generating innovative ideas, initiatives necessary for improvement at schools.

Even academics, who seem to spend few hours inside the classroom at university, do not dedicate part of their timetable to procedural and meta cognitive knowledge. It will not be regarded as crude generalization if we maintain that Moroccan teachers are mere executers and uncritical followers. There is no chance for them to share their experiences through dialogue, collaboration, observation, and the documentation of success and failing stories. Teaching appears to be no more than a routine “bureaucratic occupation” (cf. Akkary 2014).

The Moroccan government should stop looking at reform as a process of learning ready- made knowledge prescribed by top-down educational models, and instead should gloss over the view of reform as an urgent adoption process requiring immediate action. It is high time the Moroccan government stop labeling reforms “emergency plans”, as if education is having a heart attack and must be given electric shocks to reset its heart rhythm to normal.

Moroccan education only needs long clinical therapy to adjust itself to the political, cultural, and economic needs of social change. The government should instead consider the cultural embedding of reform. This means that any innovative idea or procedure needs to be critically inspected not only for its potential effectiveness but also for its pertinence to the cultural context where it is to be implemented. The focus should be on organizing forums for scholars at regional level to exchange personal experiences, resources, and critical ideas in order to cultivate contextually-bound suggestions for advancement.

Let us be clear that the educational system is interconnected, so designers of change should form cohorts of interveners with concerted effort from policymakers, academics, and schoolteachers and students. While policymakers view the reform as a stable educational system, educators should deal with it as an open dynamic process with distinctive features and variable everyday functioning.

In light of this view, Moroccan reformers should face the challenge of bridging the gap between the macro models set by the top decision makers and micro realities of grassroots practitioners at the classroom level. The new paradigm of approach should bring all collaborators’ efforts together through innovative institutional channels dismantling the bureaucratic rigidity of traditional educational hierarchies that isolate the participation of grassroots practitioners.

How can Moroccan educators therefore revamp reform plans into effective practices at the classroom level? It is high time for us to wave farewell to big words, big goals, and big dreams, and put stress on the educational act: the learners, the teachers, the classroom, and the institution. In other words, we are in dire need of a deep paradigm shift; a change in the traditional top-down approach of setting plans, designs, and programs. We need a bottom up approach focused on constructing the capacity of teachers, academics and school workers to let them design and implement reforms by themselves.

There is no standard approach that fits all. Educators should adopt a transformative view of change, which is an essential step towards shifting existing paradigms of practice. This requires engaging in critical thinking and self evaluation reconsidering norms, taken for granted values that are built in educational processes. Consequently, educators should question their work, their colleagues’ work, and the school’s work, reexamining the procedures of teaching, evaluation and reform. Their actions should go beyond repairing, to innovation.

Moroccan reformers should also be aware of the implementation problem. They generally set up broad unilateral directives that grassroots practitioners need to implement as if the classroom is full of robots. There is a total neglect of planning a built-in design for monitoring the progress of implementation so as to identify the impediments that may face the local practitioners who put into place and culturally circumscribe the reform. Feedback and insight in local contexts through evaluation and exchange of formative ideas during the implementation process may continuously refine the reform design.

The view of implementation here advocates change as “evolutionary, not revolutionary,” to quote Akkary’s words. Instead of mandating a uniform implementation of educational reform and inspecting staff conformity to its directives for failure or success, there should be efforts to adapt, innovate, and change monitoring through meta-procedural knowledge.

Another challenge that faces national reforms in Morocco is the poor and stagnant knowledge base. We are neither informed nor updated about the micro realities of our education system. This is the result of: (1) Moroccan educators neither have official records of their teaching experiences nor participate in intellectual exchanges about these experiences; and (2) a state of paralysis generated by the lack of dynamic data base on educational difficulties and innovations.

One way of placing power in the “front lines” or “shop-floor practitioners” is by promoting action research as methodology. Practitioners must be well informed about their practice. This cannot be achieved if it is not grounded in the cultural micro-realities of implementation. If there is no knowledge base on teaching, learning, and the school and academic activity, the consequences of future reforms are going to be catastrophic, both at the school and country level. It is really a very huge barrier to the success of educational reform.

The Moroccan system of education also faces the absence of structural and institutional investment in staff collaboration. There is an essential need for building social capital and professional networks to engage teachers and professionals in reflective dialogue and exchange of ideas creating conditions of reform success.

Institutional collaboration is an effective mechanism that makes teachers accountable to each other, preserving a sense of idealism that unleashes feelings of discontent with the current state of affairs and mobilizes the practitioners to seek better practice. Teaching by activism, or “by outrage,” as Sergiovanni (2001) maintains, becomes a normative behavior among practitioners. No reform can last or improve if it is not sustained by collaborative conditions. It is high time to empower the shop floor or front lines to bring change during the implementation of reforms.

Based on recent updated research conducted in the Arab region by international scholars, some of whom are cited above, this proposal is our open letter to The Supreme Council for Education isolated in its ivory tower in Rabat, concocting a top-down roadmap for comprehensive reform of the national system of education, perhaps a new recipe for us, the grassroots practitioners, to rapidly devour. Indeed, we will devour it: our stomachs overfull from devouring the food of recent models of reform. Well, let it be so! Certainly Moroccan schools and academic institutions will be floating in nasty vomit.

Mohammed Maarouf is a Professor at Chouaib Doukkali University in El Jadida, Morocco