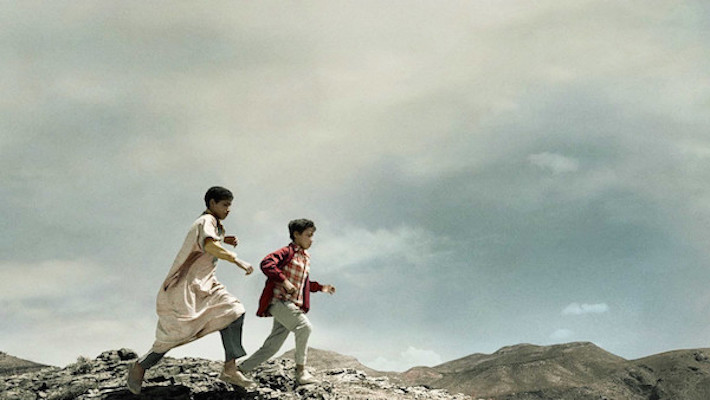 Casablanca – Throughout history, Hollywood has used repetition as a teaching tool to affect people’s thoughts and beliefs. Many writers and American filmmakers support this idea.

In his book and in the documentary Reel Bad Arabs, Jack Shaheen explains how the persistence of depicting Arabs in a degrading fashion over time has worked to cement prejudicial attitudes toward Arabs and Arab culture. This process helps to reinforce a narrow view of individual Arabs and the effects of specific U.S. domestic and international policies on their lives. The images of Arabs as villains have been with us for more than a century, inherited from the European travel writers, who depicted Arabs as subhuman.

Hollywood’s movies continue to recycle the same degrading stereotypes about Arabs, and Inarritu’s movie “Babel” is no exception. The film tells multiple stories taking place in Morocco, Japan, Mexico, and the U.S. Of the four settings, the scenes shot in Morocco depict it as the most uncivilized place. This movie advances false representations of Moroccan women or Arab women in general. It contains many images of Moroccan women that deviate from the truth. The movie simply magnifies a minority of women and tries to generalize all women based on them.

How Does “Babel” misrepresent Moroccan Women

The five types of women represented in the movie are significant because they contain clear messages about how Hollywood and the West perceive Moroccan woman and their social status. First, silent and in the background, are sexualized dancers, portrayed as dirty, unattractive witches. It is easy to single out silence as the most common characteristic of Moroccan women. Rarely do we see women given a voice, and they never express their opinion about anything.

This notion of silence is demonstrated in the beginning of the movie, when we see the Moroccan mother preparing tea with her daughter – the way that they are excluded makes them look like slaves. The daughter appears with her mother as if she is learning the behavior that she will need to mimic once she is married. A comparison could be drawn here between the mother and the Japanese girl Chieko. The Japanese mother’s actions speak louder, even though she is silent by nature, even louder than the voice of the Moroccan mother, when she is given a voice. The presence of the Japanese girl is felt as she looks for her happiness (sex).

In addition, the director uses a blurry background shot to exclude women from men’s conversations. In the scene when the father is punishing his children for shooting the American tourist, we notice that the mother is standing, her back against the wall, silent, with her hands crossed over her chest. This characteristic of Moroccan or Arab women being silent is omnipresent in many orientalist movies. The mother and her daughter always stick together – wherever the mother goes, her daughter follows her. Women in such movies are always shown in groups. This notion infers that women are excluded from mainstream society.

The movie also portrays Moroccan women as sexualized dancers. In the scene where Brad Pitt’s character goes to the store to call the American Embassy to help him, we see dancers on television just behind him. The notion of the highly sexualized belly dancer has been with us from the beginning of Hollywood’s history, inspired by early images of the orient as a place for intrigue and passion. This scene demonstrates how the West believes Moroccan men perceive Moroccan women.

Within the same spectrum, Moroccan women are also portrayed as dirty. The way that Cate Blanchett’s character is portrayed shows the other side of women’s representations in the movie. In contrast to how Moroccan women are pictured, we see Cate Blanchett with Brad Pitt, cleaning her hands. Her skin looks beautiful, and she worries about her diet when she asks the waiter, “What do you have that does not have fat in it?” The waiter should have given her some suggestions; instead, he told her “everything is delicious.” This is not the answer she was hoping for. The waiter’s response infers that he does not even know the concept of diet. We can see in this scene that the director uses an over-the-shoulder shot. This type of shot is usually used in conversation. This example sheds light on divergent perceptions of women in “Babel” and in movies that promote orientalist discourse.

Moroccan women are also represented as unattractive in their manner of speech. If we compare the way that other women speak in the movie, it is easy to notice the harshness of Moroccan women’s ‘tone’.  The first female speaks when the boys escape back to their home after shooting the American tourist. Their mother was upset because they did not take the goats to roam. The idea here is that the first female voice was unattractive, bearing in mind that the first impression always lasts. It is important to assert that this is not a coincidence, but a deliberate act.

Moreover, we have another female voice when the old women tries to get the boys out of the room where Susan is lying. Again, she was speaking in an unattractive way. As a matter of fact, she was screaming. The question that poses itself now is: can’t Moroccan women speak normally? Of course they can. Nevertheless, the director chooses to portray them as harsh. The commonality about the two scenes is that the mother and the old woman only talked to children, not to men. This infers that women can be equal to children, but never to men.

Lastly, Moroccan women are also represented as sorceresses. This imagery is present in the scene when the old silent woman gives Susan “el kif” in order to cure her, but everybody knows that “el kif” is not actually a cure. However, in order to stress the stereotype of sorcery and witchcraft that is associated with Moroccan women, the director opted for “el kif”. Prior to this scene, the director used a low angle shot to portray the old woman when she was laying on the ground with Susan. Usually this type of shot is used in cinematography in order to add height to the object or to the person, which inspires fear.  Adding height to the old women inspires fear of her as a witch.

In short, this movie belongs to the Hollywood mainstream where the same stereotypes about Arabs are reproduced repeatedly. Moroccan women in the movie are not given their due as humans who have value in Moroccan or Arab communities on a larger scale. These characteristics are present in almost all orientalist movies, where their main tool is repetition – and by repetition, even a donkey learns. In simple terms, Moroccan women are not like how they are represented in the movie.