Rabat - A Muslim student -wearing a traditional white robe and a hat while holding a Quran- faced a barrage of abuse and offensive insults as he walks for five hours around the streets of Milan, Italy. 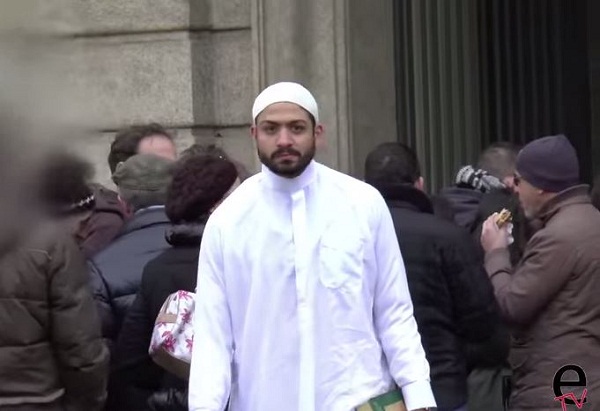 Rabat – A Muslim student -wearing a traditional white robe and a hat while holding a Quran- faced a barrage of abuse and offensive insults as he walks for five hours around the streets of Milan, Italy.

The reactions of the pedestrians were discomforting and show that Islamophobia is rampant in Milan, one of Europe’s largest cities.

As part of a “social experiment”, the Muslim man walked in silence through streets of Milan, but he was subject to offensive remarks by passersby.

“Look at this Taliban,” a woman shouted.

“S***, have you seen the ISIS,” another person said, in reference to the Islamic State of Iraq and Syria (ISIS) which has committed horrendous crimes in the name of Islam.

“Look, he has a Quran. Do you think he got a gun under his tunic?” a man said.

” An Imam of shit,” another person said.