Luxembourg - Morocco has been sending mixed signals regarding its current state of security affairs. Just at the time that the kingdom has stepped up its efforts to explore its own oil and gas boom, instances of violence and terrorism-connected disruptions have dragged the country out of the regional “exceptionalism” the country has been identified with. 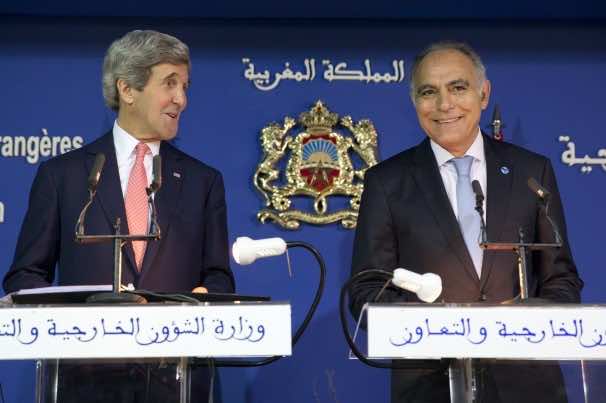 Luxembourg – Morocco has been sending mixed signals regarding its current state of security affairs. Just at the time that the kingdom has stepped up its efforts to explore its own oil and gas boom, instances of violence and terrorism-connected disruptions have dragged the country out of the regional “exceptionalism” the country has been identified with.

On November 24, 2014, NATO commended Morocco on its “important” and “proactive” role in curbing insurgencies in the region. Stephanie Siklossy, a political officer at NATO’s Political Affairs and Security Policy Division, stressed that Morocco is “a country with a moderating role in the region” and lauded Morocco’s “pragmatic” approach.

Approaching terrorism in a limited way, however, can only be effective to a certain extent. What the country needs is a midterm strategy that would serve as a safeguard against threats to its already fragile social and economic fabric.

On the same note, the other face of global might, the United States, named Morocco one of ten countries in the Middle East and North Africa region that need to bolster its terrorism-investigating tools. The U.S. Justice Department sent prosecutors and law enforcement experts to train Moroccan officers on how to better understand the threat of terrorist groups coming back from jihadist spots, such as Syria and Iraq that are likely to target the Kingdom. The U.S. is obviously aiming at building blocks of resistance to combat insurgencies by using its experience on the frontlines fighting terrorists in Iraq, Kurdistan, Turkey, and Syria.

Roughly ten days before NATO’s statement, U.S. Attorney General Eric Holder underlined that the aim is to “provide critical assistance to our allies in order to help prosecute those who return from the Syrian region bent on committing acts of terrorism.”

These two mildly conflicted visions of Morocco by the United States (that Morocco needs to do more) and NATO (that Morocco is exemplary) show that the strategy is flawed. Neither the US nor its allies can curb terrorism in these regions and protect their interests along the way if they rely on distorted outlooks of the actual state of affairs in Morocco and its neighboring states.

Of course, the US and the European Union have been pouring in billions of dollars of aid and development-driven investments to various countries in order to have influence in directing local policies toward a more favorable route. However, resolution of the problem goes beyond the current rules of engagement: that is, money in exchange for influence and security. There should be a meeting of the minds that runs across the board (the U.S., its allies, and local governments).

Traditionally, the United States and the EU have ignored issues related to dictatorships and poor governance as long as their interests were intact. This time around, it is imperative not only to press for coherent military and intelligence cooperation, but also to ensure that the local government enacts more concrete reforms that place the wellbeing of a disheartened population on top of its short-term agenda.

Morocco has been on a bumpy road towards boosting its struggling economy, while impatiently anticipating the development of its own oil and gas industries, albeit to no avail so far. The country has seen a cycle of domestic protests and disenchantment with the poor performance of Benkirane’s government. The drama goes beyond that. It is not about a single government, be it Benkirane’s or its predecessors. Rather, it is an inner shadowy system that has been bent upon impoverishing the majority of the population. It is here that the security strategy should lie.

The U.S. has more recently joined NATO in commending Moroccan officials for their efforts to secure their own borders as part of a global strategy. It is true that the Islamic State stigma definitely has a cross-border effect. Certainly, both IS and Al Qaeda can export terror, but they do not have to import recruits from outside their target locations. These groups can nurture themselves from within. They can target vulnerable and disillusioned individuals, who are then recruited as unconditionally available assets. Here is how.

In 2007 and 2011, the plague of class-based exclusion unseated Morocco’s mainstream coalition and started a new political trend. This very same pattern of transitioning political momentum can serve as recruiting material. This does not mean that the current Islamist party’s taking command has been a curse to the country. Indeed, after they scored a landslide victory, there have been radical changes in matters of accountability and constitutional reform that have given voice to long-silent factions of the population. The point is that this pattern can give way to extremism if not addressed in good faith.

The support of poor performing systems, while disengaging from the hardships of the people, has backfired for the U.S. and NATO. The U.S.’s praise of Morocco in its cooperation in monitoring terrorist groups attempting to infiltrate its borders is insufficient, and the U.S. is having a bitter experience in that respect, including restricting the movement of suspect individuals from American soil into battlefields.

On Wednesday, Reuters reported that the FBI arrested three men who were plotting to join the Islamic State in Syria from New York through Turkey. There was “at least 140 U.S. passport holders” whom, Dina Temple-Raston of NPR has reported, officials believe, “are thought to have gone to Syria and Iraq since the civil war began in 2011.”

While Morocco’s strategic position in the region is critical to ensuring a solid counterterrorism policy, the U.S. and its allies should not focus solely on securing borders from jihadists drifting in and out. As stated by U.S. Attorney Loretta Lynch, “[T]he flow of foreign fighters to Syria represents an evolving threat” and that means the stigma of extremism does not bear on a single cross-border model. Therefore, U.S. policy should actively address conditions that nurture extremism such as corruption and social injustice.