Washington DC - Can Morocco sway Egypt and the United Arab Emirates (UAE) to accept Libyan Brotherhood Movement (LMB) as a legitimate representative of the Tripoli based government? Are Turkey and Qatar willing to ensure that their financial backing of Libya Dawn doesn’t end up at the hands of the so-called Islamic State (IS) and pro-Al-Qaeda elements? 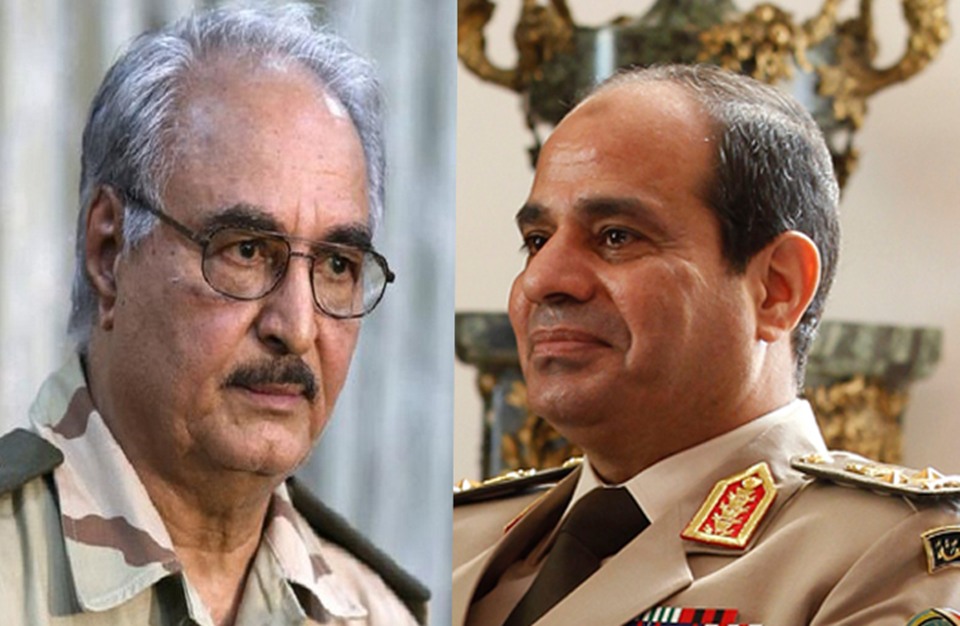 By
Hassan Masiky
-
Hassan Masiky was born in Kenitra, Morocco, and is based in Washington as a blogger and freelance writer.
Feb 27, 2015
Spread the love

Washington DC – Can Morocco sway Egypt and the United Arab Emirates (UAE) to accept Libyan Brotherhood Movement (LMB) as a legitimate representative of the Tripoli based government? Are Turkey and Qatar willing to ensure that their financial backing of Libya Dawn doesn’t end up at the hands of the so-called Islamic State (IS) and pro-Al-Qaeda elements?

These are two major obstacles facing the U.N. envoy to Libya in his quest to end the crisis. Morocco can assist by inviting all major parties to renew their efforts to draft a new constitution under the existing constitutional assembly with the goal to form a national unity government.

As it stands today, the civil war in Libya is a proxy war with Egypt, UAE and Saudi Arabia backing the internationally recognized House of Representative (HoR) located in the eastern city of Tobruk with General Khalifa Haftar at its helm in one side; Turkey and Qatar supporting the Tripoli based conservative Libya Dawn (an assortments of armed militias including the most violent groups responsible for terror attacks) on the other.

With a deadlocked UN dialogue between the two cohorts, Libya teeters on the verge of collapse living the field open for IS and Al-Qaeda to amplify and expand their activities in neighboring countries.

Despite the cancelation of the UN-sponsored inter-Libyan dialogue that was scheduled to take place in Morocco in mid-February 2015, the Kingdom remains the best venue and  diplomacy the only way for Libya’s warring factions  to come to a consensus on ways to end their political and military stalemates.

The volatile security situation in Libya presents a real danger to Morocco, North Africa, the Sahel and the Mediterranean basin. Morocco’s reputation as an honest broker with no predispositions toward the two major antagonists in Libya and its conservative leaning government make the Kingdom the perfect candidate for a fruitful mediation in this violent conflict.

King Mohammed VI’s good relations with the Muslim Brotherhood (MB) during their reign in Egypt and his bond with the Saudis, MB arch enemy, give the Monarch credibility in the eyes of “Islamists” and liberals.

However, convincing the Emiratis and Saudis that a mediation that includes elements from the Tripoli government and its General National Congress is not an endorsement of the MB political agenda in the region will remain a challenge for the Moroccans.

In shunning the UN talks because of LMB presence, the HoR and Haftar, with the blessing of General EL-Sissi of Egypt, box themselves in a situation that makes it hard to find a political solution to this conflict.

Discounting LMB impedes peacemaking efforts in Libya by greatly emboldening the most extreme elements within the so-called Islamist camp. Egypt and Saudi Arabia efforts to “purposely blend” the LMB with the more extremist elements within Libya Dawn add to the difficulties in bringing the two warring parties to the table of negotiations.

It is not” naïve” to differentiate between LMB and armed groups such as IS, Ansar al-Sharia and Al- Qaida associates in Libya. With no clear military solution, especially in the face of American and European reluctance to send troops and arms, Haftar and his allies must extend a hand to LMB in the hope of splitting Libya Dawn and weakening the extremists.

Morocco’s good relations with Qatar and Turkey, two countries that are allegedly backing the Tripoli based camp, boost the chances of a successful mediation.

It will be imperative for Rabat to present Egypt and UAE’s recent air strikes in Libya as acts intended to contain al-Qaeda an IS and not necessarily an attempt  to drive” Islamists” out of their base in the West. A sustained Egyptian military action will likely make matters worse unless there is a diplomatic overture toward the LMB.

Qatar must do more to press its allies to denounce the presence of IS and Al-Qaeda in Western Libya before it is too late. Engaging the Qataris and bringing the LBM into the diplomatic fold will motivate the moderate members of Libya Dawn to depart with the extremists and form a moderate-mainstream faction acceptable to the international community.

As the North African country continues its descent into chaos, IS and Al-Qaeda are expanding their presence beyond Libyan borders. Haftar and his allies in the Gulf and Egypt are faced with the tough choices to either accept the Muslim Brotherhood or split Libya into three entities: West and East Libya with a “Libya Islamic State” as a third.